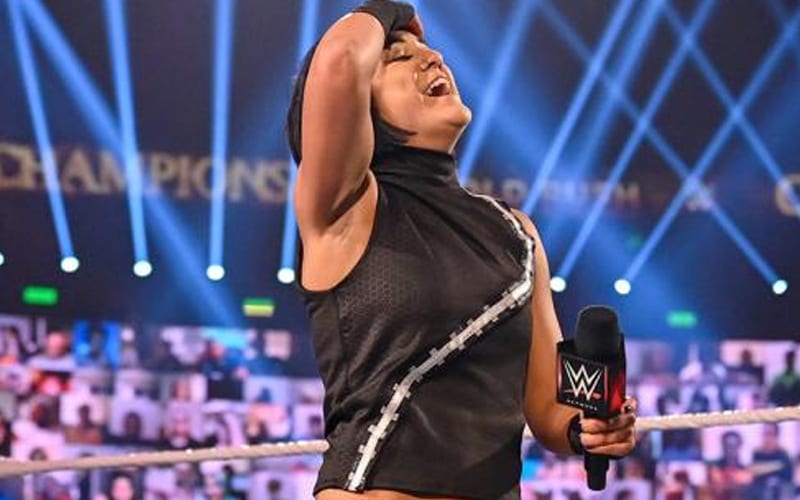 Bayley is rolling on as SmackDown Women’s Champion, and she’s held that title for well over a year at this point. She has Sasha Banks to worry about at Hell In A Cell on October 25th, but she’s not concerned about Zelina Vega.

Zelina Vega was picked to go to SmackDown via a tweet from WWE. She was undrafted until they made that announcement on social media. Vega was very quick to tell Bayley that she’s her problem now.

Bayley didn’t seem too concerned about Zelina Vega, a woman who just spent the better part of the last three years as a non-wrestler.

I will flick you like a little divina fly

We’ll have to see if Bayley vs Vega is in the cards. Odds are Bayley and Sasha Banks aren’t going to be finished with each other for a while.