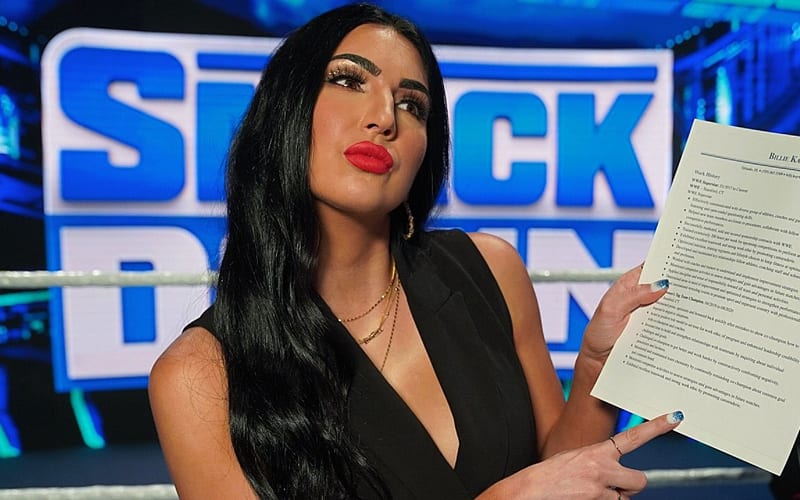 WWE SmackDown might have a new match for next week with a mystery partner situation. Billie Kay and Peyton Royce were split up, and it seems that they both have new partners now.

During Talking Smack this week, The Riott Squad were having an interview when Billie Kay came out. Kay has been using a new resume gimmick, because she’s looking for a place on the blue brand. The former WWE Women’s Tag Team Champion offered her services to Ruby Riott and Liv Morgan, but they were not interested.

Ruby Riott challenged Billie Kay to a match next week instead, if Kay can find a partner. Billie Kay was a bit reluctant to take the match, but she did agree. It appears that fans can expect to see that angle play out on SmackDown next week.

Peyton Royce was paired up with Lacey Evans as her new tag team partner after the IIconics split up for no reason. It will be interesting to see who WWE picks as Billie Kay’s new partner.