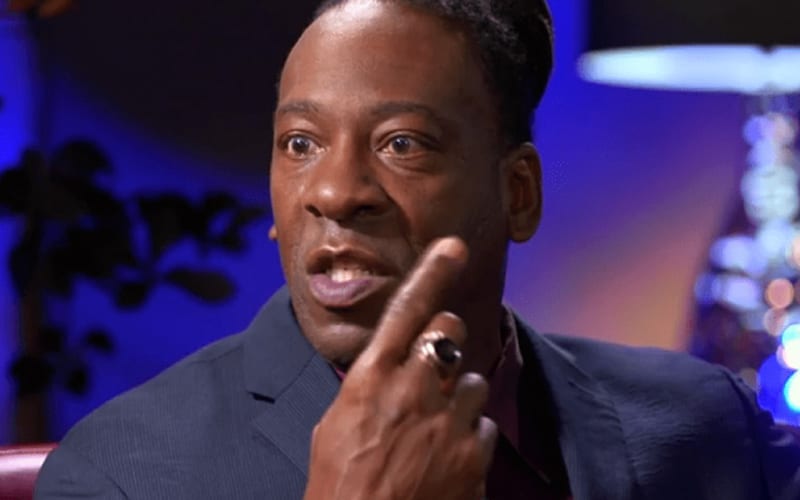 Pro wrestling isn’t what it used to be, and Booker T can see things through a veteran’s point of view. He’s not too thrilled about what he’s been seeing as of late.

During Booker T’s Hall of Fame podcast, he unloaded a bit about today’s wrestlers. He didn’t call out any specific company’s talent, but the two-time WWE Hall Of Famer said he doesn’t like their work ethic.

If Booker T was still wrestling, he wouldn’t get along with a lot of the guys because of that difference.

“But, there’s a term that’s called calling it in or phoning it in. There are a lot of guys that phone it in. I was never the guy to phone it in. I was always the guy that wanted to be remembered with the greatest wrestlers who ever put on a pair of boots. I give guys props when they deserve it. But, when I watch a lot of stuff, there is stuff to be worked on and maybe nobody is telling them.”

Booker T’s Reality of Wrestling school doesn’t let anyone slack off. He instills that old school mind set where you can’t get by without bringing it all to the ring. Perhaps some of the younger talent Booker T spoke about could benefit from some time in the gym with him.