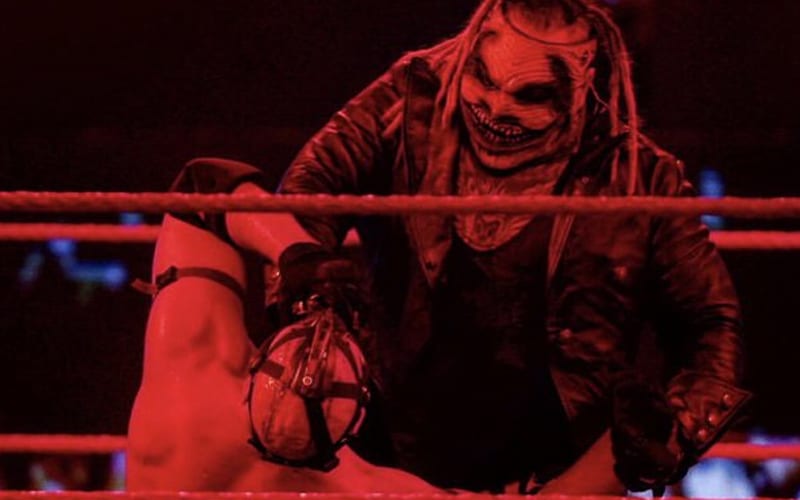 Bray Wyatt isn’t booked for Hell In A Cell this Sunday, and neither is Retribution. This could make for an interesting situation.

So far WWE only has four matches booked for Hell In A Cell on Sunday. They obviously need to add to the card, but the company isn’t announcing anything new. We could end up seeing another confrontation between Retribution and Bray Wyatt’s Fiend.

T-Bar tweeted out a photo of himself suffering in the Mandible Claw. He said that “there will be HELL to pay, Bray Wyatt.” Wyatt responded to T-Bar’s tweet which said that there will be Retribution. It doesn’t sound like The Fiend backing down.

“Revenge is a nasty business,” Wyatt tweeted back. We’ll have to see what happens next, but it appears that Retribution is feuding with Bray Wyatt at this point. Perhaps The Hurt Business beating Retribution on RAW this week was a sign that rivalry is done. Or, Retribution now has two different battles to worry about.