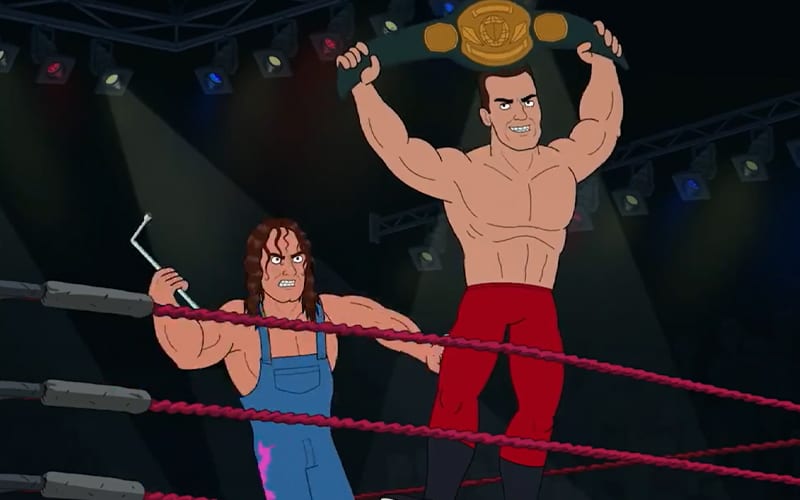 Bret Hart has been animated before in The Simpsons, and he’s getting another cartoon treatment along with Lance Storm. The two will appear as guest stars on Corner Gas.

Lance Storm was a bit shocked to discover that his episode of Corner Gas’ third season is airing tonight. Someone told him it aired on October 26th. Apparently that isn’t the case and it airs much sooner on CTV.

You can check out a trailer for the third season of Corner Gas below. Hart and Storm are featured playing fictionalized versions of themselves.

Lance Storm’s character is named “Lance Fury” and they call him “the greatest wrestler of all time.” Bret Hart’s character can be seen in the trailer saying: “Fury, you’re dead!” while he waves a tire iron in the air. It looks like a fun show.