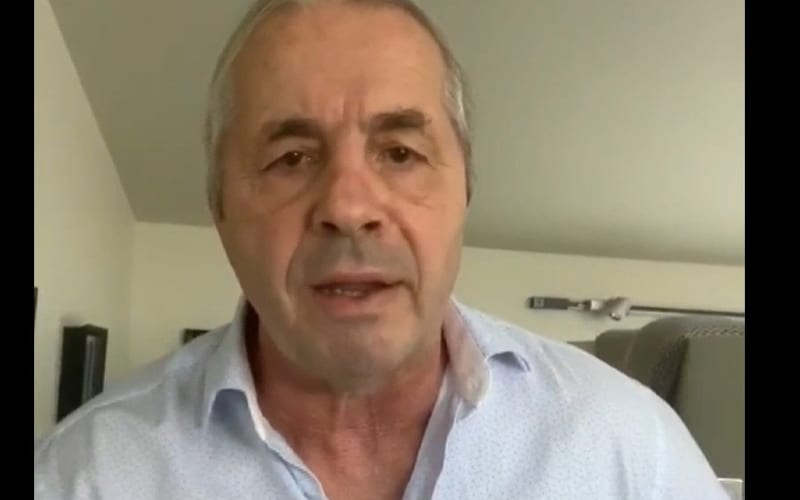 Bret Hart made a worldwide name for himself working in Vince McMahon’s company, but he sent in a video to Impact Wrestling to play before Bound For Glory.

Hart appeared to pay homage to Ken Shamrock prior to his induction into the WWE Hall Of Fame. The Hitman even told a story about how Ken Shamrock called him the night of the Montreal Screwjob and said that he wanted to quit too. Hart convinced him to stick around despite him leaving.

“Ken has proved all over the world in MMA and professional wrestling that he is not a man to be taken lightly and proved time in and time out every time he stepped in the ring that he was legitimately the toughest man on the planet.”

“When I think about my last day with WWE only hours after Vince McMahon lying and deceiving me I must say that I felt quite overwhelmed and strangely, quite alone, but I will never forget the supportive phone call I got from Ken only hours after it happened. He told me he was in my corner. That he was one of my guys and he will always be one of my guys. He talked about quitting, but I encouraged him to carry on and do his best, but I will never forget how much the support meant to me at that night, at that time.”

Ken Shamrock received even more praise as Bret Hart spoke about how World’s Most Dangerous Man earned his spot in the Impact Wrestling Hall Of Fame. It was a short video, but The Hitman certainly made a powerful statement.