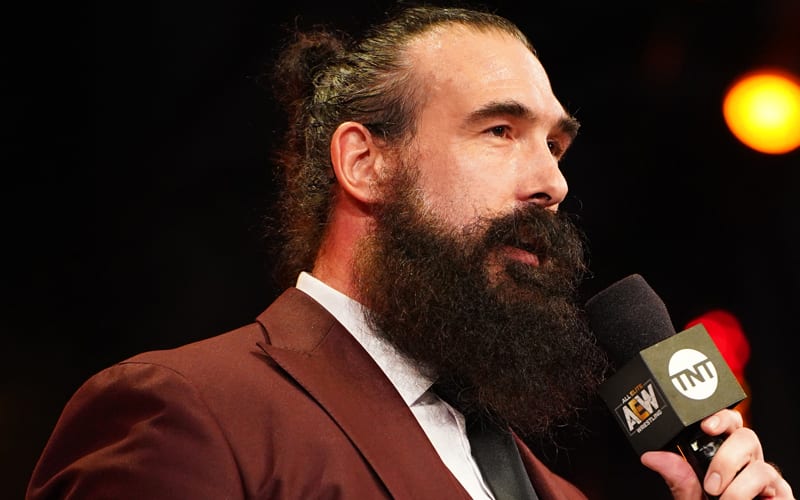 Brodie Lee’s passing sent shockwaves throughout the pro wrestling world. This was a tragedy, and there are so many questions. All we know for certain is that his illness was not COVID-19 related.

Jim Ross spoke about Brodie Lee on Grilling JR. He said Brodie Lee was always smiling and he was such a funny person to be around. His humor has also been mentioned by many of his friends as they remembered him.

Brodie Lee’s passing was sudden, and Jim Ross said he hasn’t seen or heard of any autopsy. He only knows that it was double lung failure, and so bad that Brodie Lee couldn’t qualify for a transplant.

“He was always smiling and a funny guy. Great sense of humor. That’s why I said, I am going to work today and I will tell these young guys, ‘it doesn’t hurt to laugh, as I said: laughter is a good medicine. He made you laugh, didn’t he?’ — ‘Oh yeah [they reply].’ Remember those times. That’s a Hell of a lot better than him not being able to kick out of his issues.”

“I still don’t know what — I haven’t seen of or even heard of an autopsy. All I know is that he had double lung failure. His lungs were so bad he could not qualify for a transplant.”

“So, after as I heard the story; whether it’s totally accurate or not I don’t know. They took him off his machine to see if he could kick out himself. That was about the only chance he had. It just obviously did not work, so… a sad time for all of us. Again, he impacted so many of us on our roster that kind of went off the radar and so he will be very missed.”

Our thoughts continue going out to the entire Huber Family. Amanda Huber lost a husband and a great father to their children Brodie Lee Jr and Nolan. Brodie Lee will always be remembered for the amazing man he was in and out of the ring.