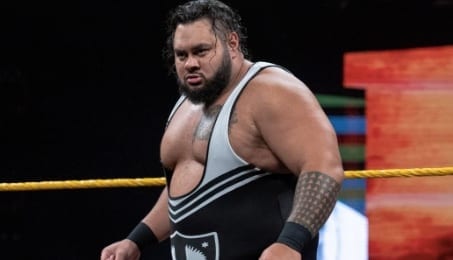 Bronson Reed may not have always been viewed as one of NXT’s fastest rising stars, but he’s definitely starting to make a substantial impact now that he’s being given more time to shine.

Reed not only has an imposing look but he also has fantastic athleticism, and as the weeks and months go on, he’ll continue to improve and develop his character work.

One thing he isn’t happy with right now, though, is the fact that Johnny Gargano is being pushed back to the front of the line in the race to capture the NXT North American Championship from Damian Priest.

Remaining active on social media isn’t always the smartest way to keep yourself in the conversation but in this instance, it certainly can’t hurt his cause.