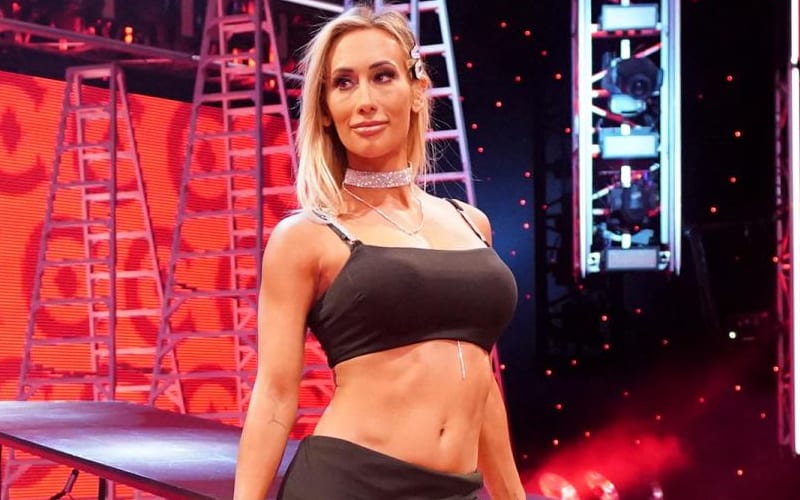 Carmella draws a lot of heat, and that character also applies to social media. The Untouchable WWE Superstar recently tried to shut down a troll, and she went directly at his mother.

One fan tweeted out at Carmella with the intention of getting under her skin. This fan named Michael Magick tweeted out asking Carmella if she wants him to buy her any talent since he’ll be at the Dollar Store later.

The former SmackDown Women’s Champion fired back a tweet at this fan, and it received an interesting reaction. She took a shot at him by saying that his mother works at the Dollar Store, and she wants to know when she’s off.

I have all the talent in the world, babe. But while you’re there, why don’t you ask your mom what she’s doing after her shift?

Vlogger GrandPOOBear replied to Carmella and he didn’t really appreciate the spin she went with in her retort. He had to correct Carmella because she got the intention of a mom joke all wrong.

Mella the mom jokes are about banging their moms not shaming them for trying to make a living!

Carmella replied back saying: “Exactly,” as if to say that she does intend on having relations with Michael Magick’s mother.

You can check out the tweets below and see for yourself. Carmella did not intend to disparage the idea of working retail to support your family, but some certainly read it that way. In reality, Carmella just wants to show Mama Magick a good time.