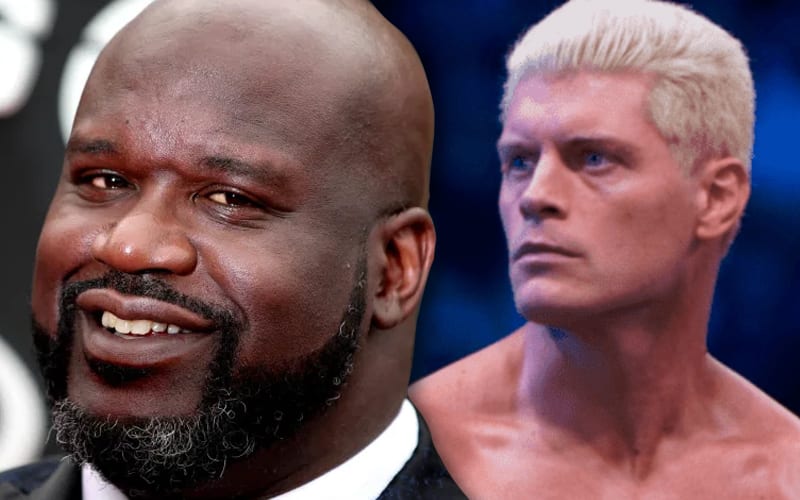 Cody Rhodes and Red Velvet are set to face off against Shaquille O’Neal and Jade Cargill during this week’s special AEW Dynamite “Crossroads” episode. The American Nightmare is very confident about his team’s chances.

Shaq has already guaranteed a win, but Cody Rhodes would tend to disagree. He sees Shaquille O’Neal, and while he is an impressive physical specimen, he’s not ring-ready.

While speaking with WFAN Sports Radio New York, Cody said that Shaq has “show muscles,” but no gas in the tank.

“Judging from his Instagram as of late, he’s got a lot of show muscles. He’s in incredible shape from a vanity and aesthetic, but when it comes to go muscles, I don’t think Shaq has anything in the tank. And I don’t think he’s as nimble as he once was when he was world champion in his own field with the NBA,”

We will have complete coverage of AEW’s special “Crossroads” event right here at Ringside News. It will provide a very eventful go-home episode before their Revolution pay-per-view this Sunday.