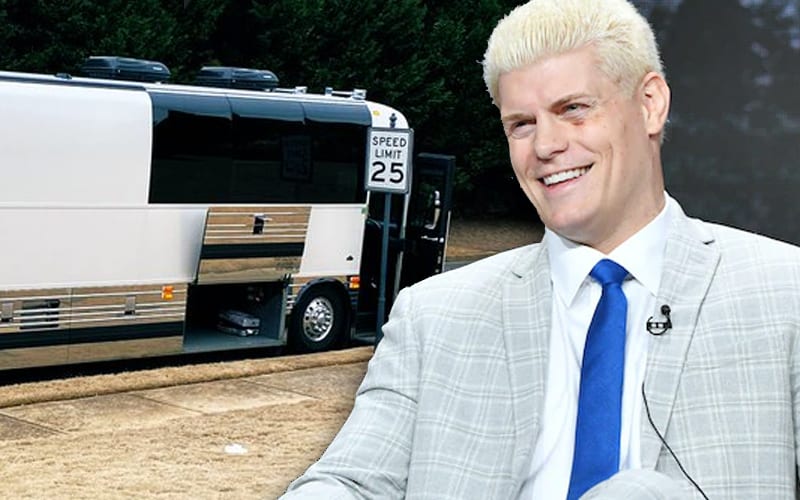 Cody Rhodes heard stories about wrestlers who got to a point where they bought a bus. Now the American Nightmare has joined that famous company.

Rhodes tweeted out a photo of a brand new bus. He’s a bus guy now, so the AEW EVP will be making Dynamite tapings in comfort.

I’m a bus guy now – it was inevitable

Help me design a wrap…

The Big Show has credited owning a bus to a lot of his longevity in the business. Just owning a bus instead of traveling in a cramped car might have added years to his career. Now Cody Rhodes has his own bus, so the Nightmare Family can enjoy their travel a bit more.

We will keep an eye out for the wrap that Cody Rhodes decides to go with. He’s already received plenty of suggestions.