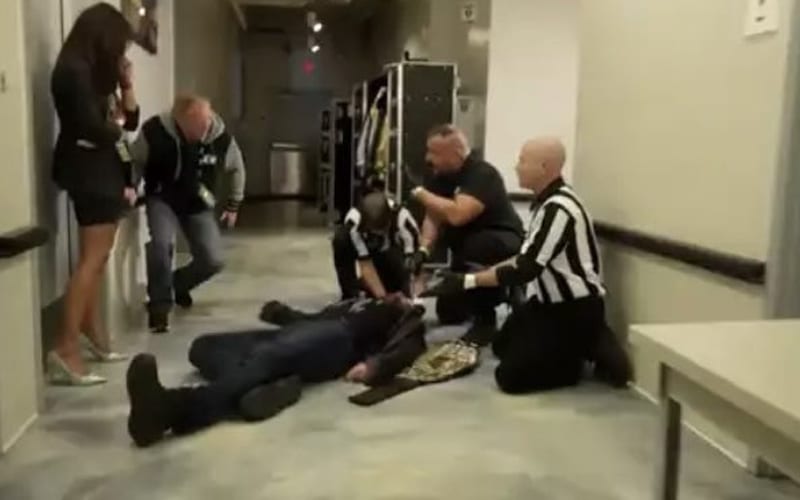 Jon Moxley could not make it to the ring on AEW Dynamite this week for his contract signing with Kenny Omega. He was attacked backstage, but there could be a clue about who did it.

One eagle-eyed fan pointed out that Moxley was laying on the floor, in a very certain way, after that backstage attack. Mox’s legs were crossed as he laid on the ground, and it looked like a hanged man card from a tarot card deck.

Reddit user u/wgsmeister2002 discovered a little detail in the way Mox was laying down that may have revealed his attacker. Take a look at his leg and the tarot card for “The Hanged Man” Maybe a subtle hint or pure coincidence?

Tony Khan has a lot of tricks up his sleeve, so we 100% don’t put it past him to pull this kind of foreshadowing. We’ll have to see what’s down the line, but this is, at least, a very intriguing coincidence.