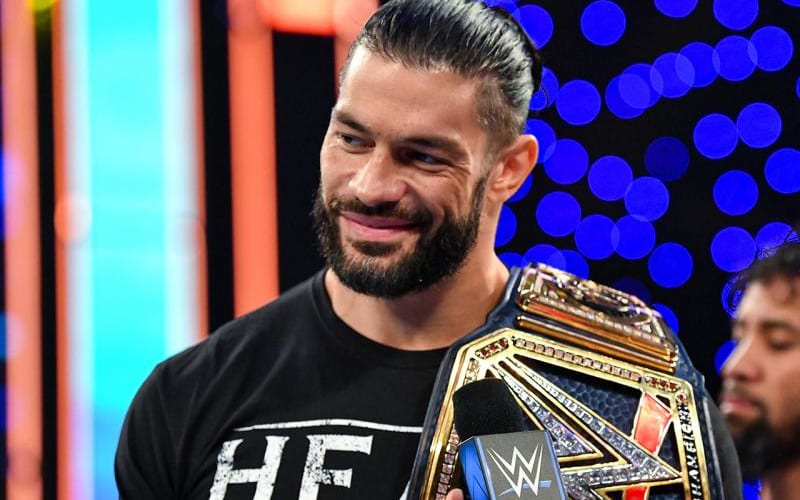 WWE has a lot of options for Roman Reigns at WrestleMania. The Tribal Chief is very likely to have a marquee match, but how is the company deciding his opponent.

We exclusively reported that The Rock vs Roman Reigns is not being talked about. It can only happen if Dwayne Johnson works it out with other written commitments, and if WWE can bring back live fans. The live fans part is looking much more likely than getting out of those commitments.

Ringside News can confirm that WWE isn’t booking that far in advance. Any talk about WrestleMania matches is not an indication of what is really going on. There is no match, even a proposed one, on the grid for The Tribal Chief.

A tenured member of the creative team explained that there are a few ideas in play, and the mindset is “probably not Rock.” As we previously reported, Vince McMahon and The Rock are in communication in case something changes in the situation. They’re not talking about Rock vs Reigns like it is even remotely happening right now.

It was also clarified that Big E is not, and has never been, in consideration for Roman Reigns’ WrestleMania opponent.

WWE still has some time before they have to start making solid WrestleMania plans, but right now there is a lot of work that needs to be done elsewhere.