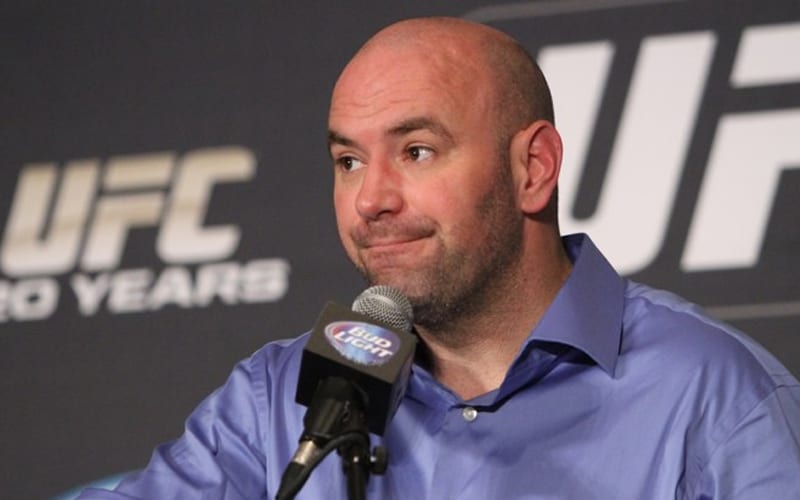 Dana White is the target of some heavy accusations. The UFC President has been called out for sleeping with several female fighters.

News broke last week that Diego Sanchez was fired from the UFC days before he was supposed to fight Donald Cerrone at UFC Vegas 26. That sparked some major heat within Sanchez’s camp and his manager Joshua Fabia had some serious accusations to lay down about Dana White.

Fabia spoke toJohn Gibson where he called White a “creep” and accused him of controlling Sanchez’s life. He also accused Dana White of sleeping with several female UFC fighters.

According to Yahoo Sports, Sanchez was released from the UFC after his team, including his coach and Fabia, wouldn’t “confirm to the UFC that Sanchez was not suffering from either short-term or long-term medical issues.”

It sounds like Dana White has some explaining to do after Fabia laid down those accusations. We’ll have to see if he comments to confirm or deny these new allegations about his love life.

Years of experience in writing, journalism, and digging exclusive insider info for Ringside News opened the door for a new opportunity for Jenkins. With a history in finance, he broke into the journalism game by writing on blogs and other freelance websites before branching into sports and entertainment news. Being in tune with pop culture doesn’t mean it has to make sense, but he tries.
Favorite bands include any group from Seattle who formed between 1991 and 1999. 5 Ozzfests under his belt and 12 Warped Tours, but his last concert was a bluegrass AC/DC cover band that was not 100% terrible.