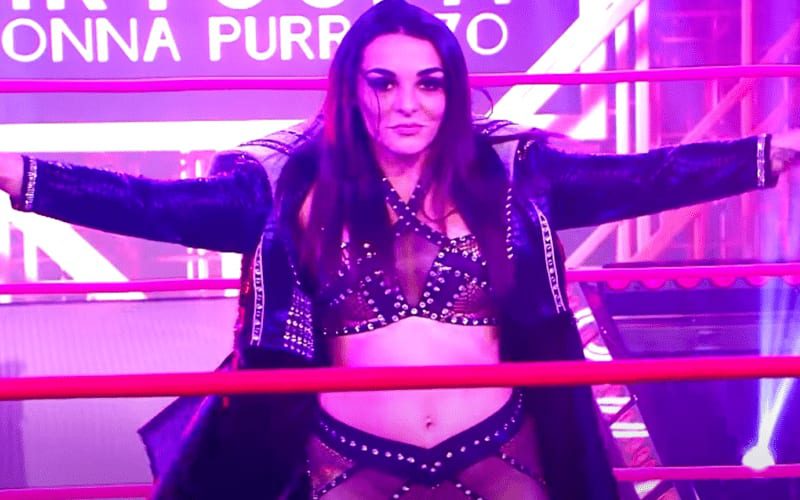 AEW and Impact Wrestling now have a working relationship, and there could be a lot of suspiring moments to come. Kenny Omega might even become a true belt collector and pick up Impact Wrestling’s World Title.

Deonna Purrazzo has already tweeted about how she wants to run both companies’ women’s divisions with the help of her old friend Britt Baker. Purrazzo is all about the possibilities in this deal.

While speaking to Wrestling Epicenter, The Virtuosa was asked about the new partnership between AEW and Impact Wrestling. She said it’s amazing because the future is so open to big things as Impact Wrestling continues to grow as part of this new union between companies.

“I think it is amazing when people are able to put aside their differences, whatever they are, to work towards a common goal. I don’t know what this is leading to. I don’t know what Kenny Omega and Don Callis have planned as far as cross-promotion or whatever it is. But, I’m real excited to see what is going to happen in the near future. And, what is most important is there are so many more eyes on Impact Wrestling now. I mean, our Twitch stream had record number viewers, our social media blew up – We trended #1 for quite a while last night. So, all in all, I’m just excited to see what the future for Impact Wrestling is and I hope that those viewers that tuned in to see what we are all about stick with us.”

Impact Wrestling saw a huge ratings spike, but it’s unclear exactly what AEW is getting out of the deal. We’ll have to see what Tony Khan and Don Callis are able to work out. There are certainly a lot of things the two companies could do with each other as they enter into a new year.