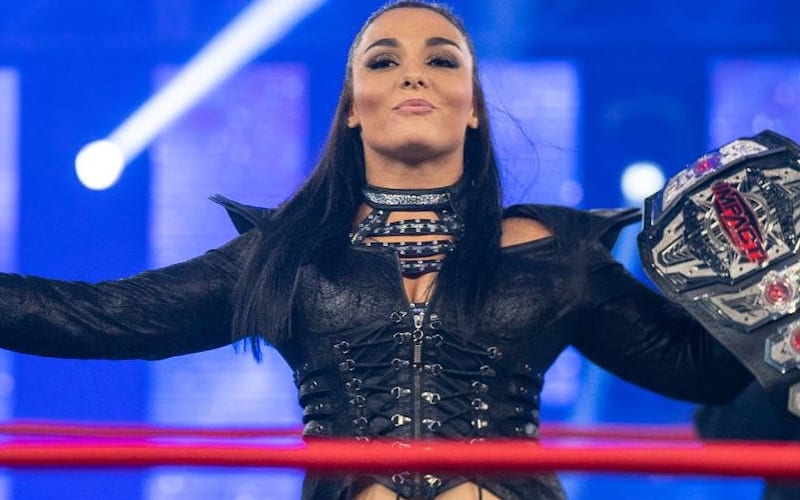 Impact Wrestling’s next pay-per-view event, Hard To Kill, is coming up in about a month. Fans will have to wait until January 16th, 2021 to see what the company brings to the Skyway Studios in Nashville, Tennessee. Deonna Purrazzo wants a special challenger for her Impact Knockouts Title.

While speaking to Sitting Ringside with David Penzar, Deonna Purrazzo expressed a desire to wrestle her old friend Britt Baker at Hard To Kill. Purrazzo and Baker have a long history with each other, and she would love to use AEW and Impact Wrestling’s new partnership to bring them together.

Purrazzo also wouldn’t mind locking up with Hikaru Shida which could create a champion vs champion situation.

“[I want to face] the role model, the face of their women’s division. Dr. Britt Baker, D.M.D is my best friend. She’s one of my best friends. I would love to wrestle Britt at Hard To Kill, I would love to wrestle [Hiraru] Shida at Hard To Kill. But as far as our IMPACT roster goes, my number one right now because we’ve had some interactions is Taya Valkyrie. Because she’s the longest-reigning Knockouts Champion of all time,” and I’m over it. So I would like to defeat her, break her arm, maybe piledrive her and shut her up for a little bit. So definitely Taya, [and] a rematch with Rosemary would be great.”

Purrazzo tweeted out after AEW and Impact Wrestling’s relationship was made really public that she wants to run both women’s divisions with Baker. We’ll have to see what they can do down the line, but there are plenty of great matches possible between the two companies.

Thanks to Wrestle Zone for the quote