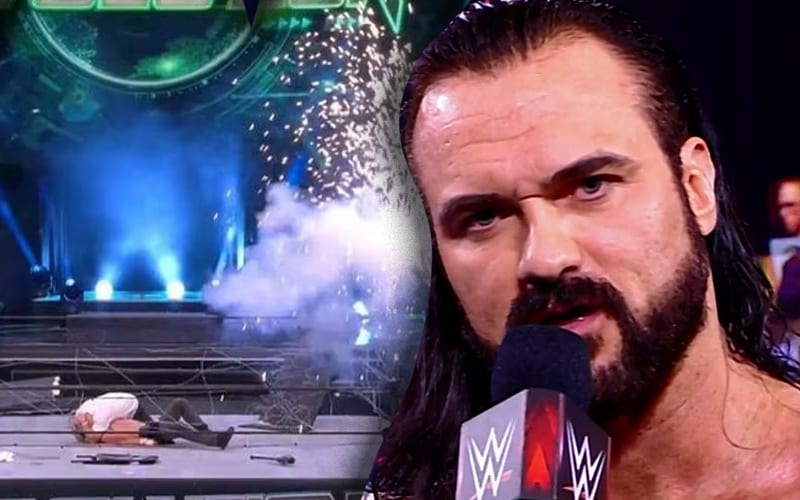 WWE programming is scripted, and those writers were watching AEW Revolution. They also saw the sparklers at the end of the exploding barbed wire deathmatch.

During tonight’s episode of Raw, Drew McIntyre took an apparent dig at that dud explosion. During his promo he said something about making a promise to fans and not delivering followed by saying “sparks fly.”

“I noticed that MVP made some guarantees tonight. That’s such a dangerous thing to do in this industry. If you make a guarantee and don’t deliver, fans get upset and sparks fly.”

Drew McIntyre gets to have some fun with his promos, because he’s trusted with that. This line might not have been directed at AEW, but a lot of people are thinking otherwise. It’s also highly likely that it was just that and fans cracked the code.

AEW takes digs at WWE multiple times a week. This time it was WWE’s turn.