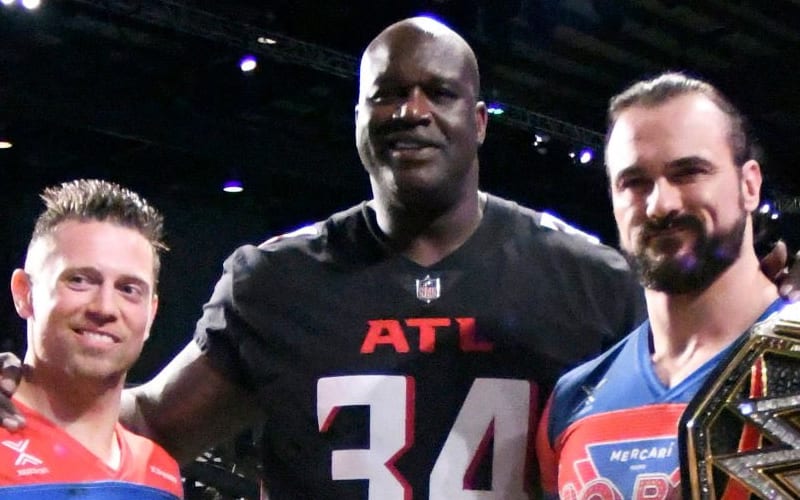 The Tama Bay Buccaneers won the Big Game, and there were plenty of familar faces at the Super Bowl.

We previously reported that Cody and Brandi Rhodes were at the Super Bowl. Chris Jericho had a great time at his first Super Bowl as well. There was more pro wrestling representation as well.

Drew McIntyre posted a couple of photos from the Super Bowl. He even hung out with Shaq and The Miz as well. McIntyre just recently put Shaq over as someone who could have become a WWE Superstar if he didn’t pick the NBA.

You can check out the photos below. Everyone apparently had a good time at the Super Bowl. We’ll just have to see if McIntyre and Shaq ever meet again in the pro wrestling ring.