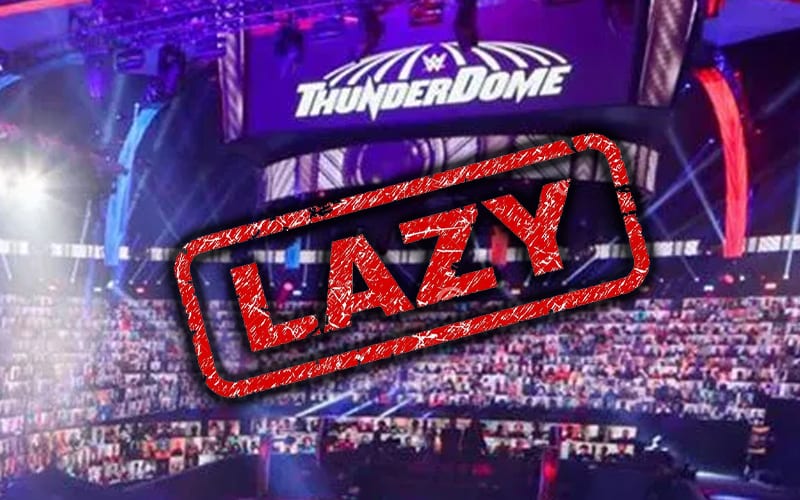 WWE created the ThunderDome out of necessity because live fans were not allowed into their events during the pandemic. The company devised a way to get fans inside their events on a virtual level. It was a massive undertaking, but you can’t please everyone.

During Legions of RAW, Vince Russo took the opportunity to lambast WWE for being lazy. They are in Tropicana Field, a venue with a lot of locations and places they could shoot the show. Instead, WWE decides to use the same backdrop for all of their action.

“One of the favorite parts of my job, and this is a lost art becasue of laziness. I would write the show, we had all our backstage segments. We had the production meeting, we’re going over the show. As soon as the meeting is over, I am combing the entire building looking for unique different locations. That was so much fun for me because every building is different. Now they bring them to the same generic vanilla background, that’s just laziness. When they rent out the building, they have access to the entire building.”

“They’ve got a batting cage underneath the stadium. You’ve got batting cages there, you’ve got lockerooms, you’ve got huge whirlpools, you’ve got showers. They have everything at their fingertips. It’s just laziness, that’s all it is,” Vince Russo added.

It might be very interesting to see WWE Superstars battling inside some batting cages. We’ll have to see what WWE can figure out as they get further into their stay at Tropicana Field. They have the venue until March when the Devil Rays need their baseball field back.