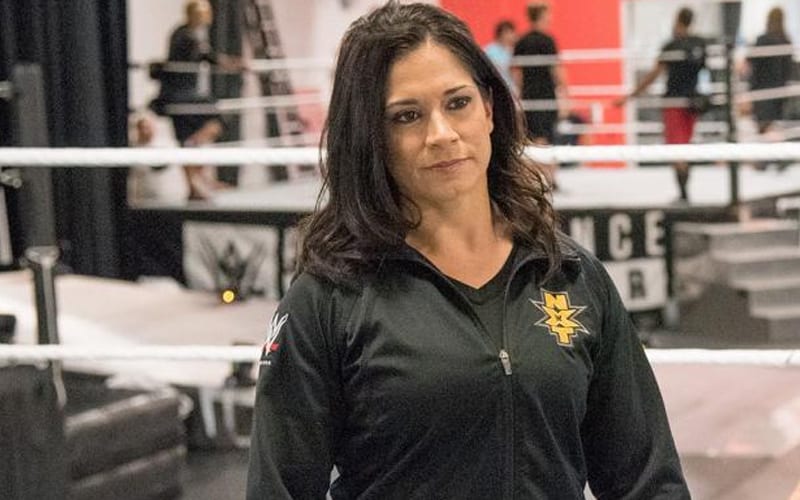 Sarah Stock was furloughed from WWE in April, but now she is experiencing a different kind of trouble. The former WWE producer was arrested on Sunday morning.

According to PW Insider, Stock was arrested in Evansville, Indiana on Sunday, October 4th at 4:35 AM. She was charged with aggravated battery, resisting law enforcement, disorderly conduct and public intoxication by alcohol.

She has already been released by the Vandenburgh Sheriff’s Department, but she was taken into custody on Sunday. It was not reported when the 41-year-old’s court date is set for.

Stock was signed on as a WWE Performance Center coach in 2015. She eventually made a transition to a producer role. During her in-ring career, she performed as Dark Angel in CMLL and AAA. She also wrestled as Sarita in Impact Wrestling.