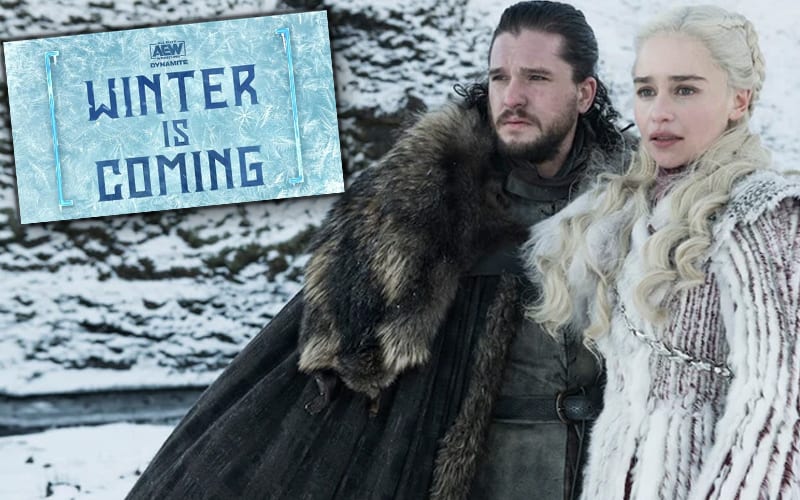 AEW Winter Is Coming was a big event, and it created a lot of buzz. Tony Khan wants to create another annual event out of that special episode of Dynamite.

Tony Khan isn’t a fan of Game Of Thrones, but the Wrestling Observer Newsletter noted that his mother loves it. He liked the name “Winter Is Coming,” and he got permission to use the copyrighted phrase.

Since WarnerMedia, TNT’s parent company, owns Game Of Thrones he was granted permission to use the intellectual property.

The idea is to create as many traditions for AEW as possible. They weren’t able to go back to Chicago for Thanksgiving this year, but they did produce a new special event that will likely come back with Winter Is Coming.

The first Winter Is Coming event was a success in the ratings, and it brought some big moments to television as well. We’ll have to see what else Tony Khan has up his sleeves, but Winter Is Coming will likely come again.