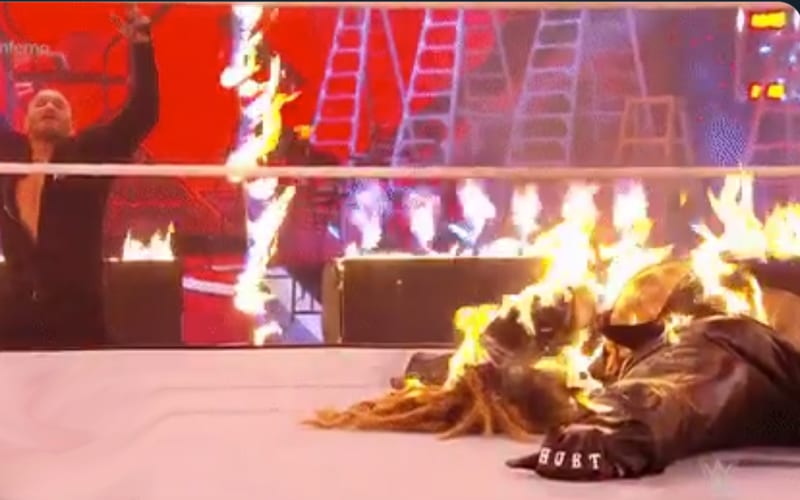 WWE TLC ended with a shocking Firefly Inferno match. Bray Wyatt’s Fiend was set on fire, and Randy Orton was victorious. How did they pull it off?

Click here for our complete coverage of WWE TLC 2020.

According to Wrestle Votes, the Firefly Inferno Match was pre-taped. It appeared that a majority of the match was live, but the finish was certainly pre-recorded as The Viper set The Fiend on fire.

The Inferno Match was pre-taped this afternoon and as of the first rundown, wasn’t scheduled to be the main event. Interesting move.

Randy Orton set Bray Wyatt’s Fiend on fire, but that likely isn’t the end of The Fiend’s story in WWE. This is certainly an interesting twist in the story as WWE continues with Bray Wyatt’s Firefly Fun House.

Due to the way that WWE books Bray Wyatt, it’s very possible that the Firefly Fun House can continue since the Fiend and Wyatt are treated as different people.