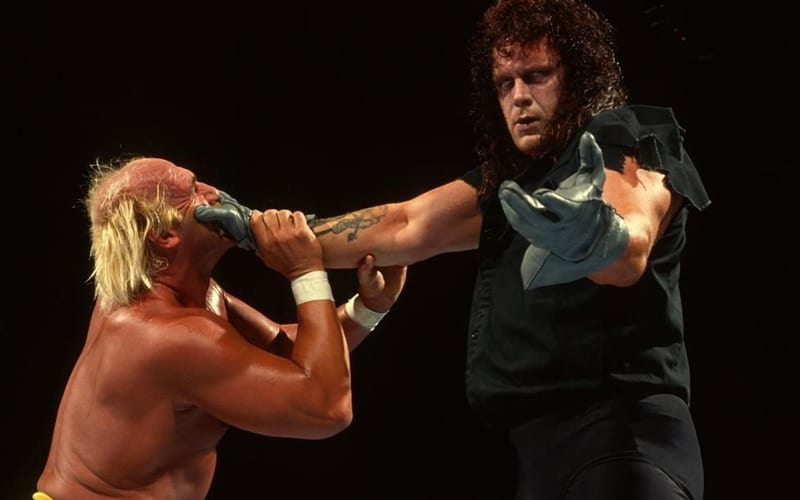 The Undertaker just gave his Final Farwell at Survivor Series, and it seems that goodbye will stick this time. We are still very early into his new retirement, but the thought is he is really done with in-ring competition. Plenty of people have commented on his legendary career including Hulk Hogan, who claims to be responsible for it.

Hulk Hogan sent out a tweet to congratulate The Undertaker on his 30th year in WWE. The Hulkster also claimed that it was him who told Undertaker that he needs to meet Vince McMahon. 30 years later the rest is history.

Amazing career the Undertaker has had,30yrs of Main Events and always was nothing but money,I will never forget Taker on the set of Suburban Commando, I told him Vince needs to meet you,30 awesome years brother HH

It’s unclear how much of an influence Hulk Hogan really had in bringing The Undertaker into WWE. Suburban Commando, a film that did an $8 million box office on an $11 million budget, began principal photography in Los Angeles on September 24th 1990.

The 1990 Survivor Series, the event where Undertaker debuted, took place on November 22nd, 1990. It’s possible that Hulk Hogan told Undertaker that he needed to meet Vince McMahon, but they certainly got a lot of things in order in a hurry if that was indeed the catalyst for his WWE debut.