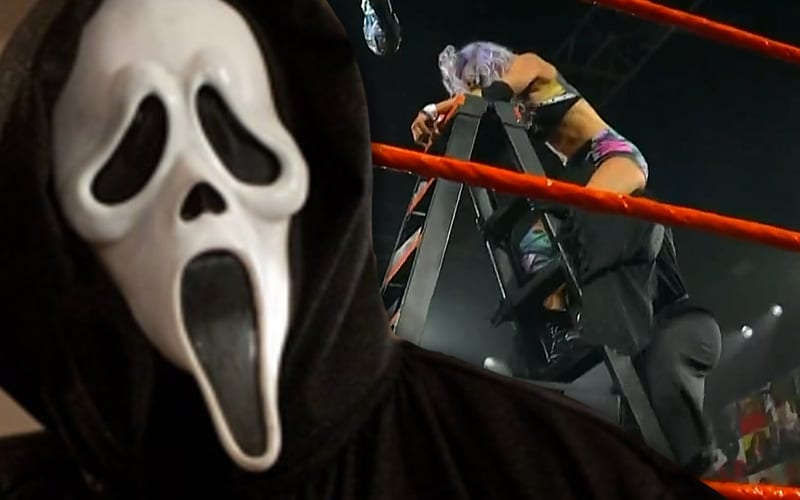 WWE held Halloween Havoc for the NXT brand, and it was an action-packed show, but one reveal needed to be cut. Indi Hartwell was supposed to be on the show, but she was forced to quarantine. Her role was filled by someone else, but it was supposed to be her, and it might end up still being her when everything is said and done.

During Wrestling Observer Radio, Dave Meltzer revealed that Indi Hartwell was supposed to be the person under the Scream mask. She couldn’t be there because she was quarantined. They still didn’t reveal the identify of that masked individual, so it might end up being Hartwell when she can return to television.

“As far as I know the only talent that was booked for the show who wasn’t there was Indi Hartwell who was gonna do a run-in — in fact, it’s gonna come out in theory, the person in the Scream mask that helped Candice LeRae was supposed to be Indi Hartwell, and may end up being called Indie Hartwell because she never unmasked and the idea was for her to unmask as Indi Hartwell, but she wasn’t there it was somebody else under the thing.”

It was previously reported that at least one person who was supposed to be on Halloween Havoc couldn’t make the show. It turns out that was Indi Hartwell. We still have no idea who played her role under that mask, but it was a stand-in this week. Don’t be surprised that if that masked person shows up again Indi Hartwell is revealed.