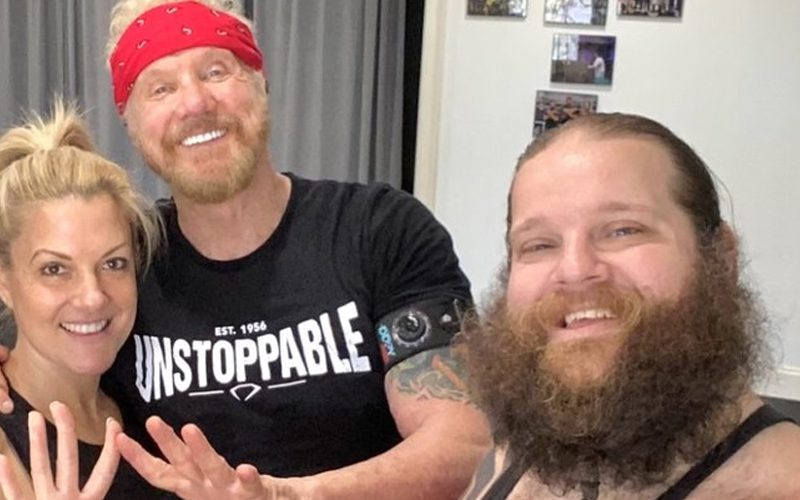 Ivar of the Viking Raiders was injured last year, and he hasn’t been back. That doesn’t mean he’s sitting around. DDP wouldn’t stand for that.

The former Tag Team Champion suffered a scary injury on a dive during RAW in September. He needed neck surgery, but now he’s on the mend.

Ivar was seen with DDP training in a recent photo. The Viking Raider responded to this tweet by saying: “Bang.” Hopefully, that’s a sign that he’s on the right track to an in-ring return.

You can check out the photo below. DDP was very happy to have Ivar around as he trains to strengthen his neck after a bad injury last year.