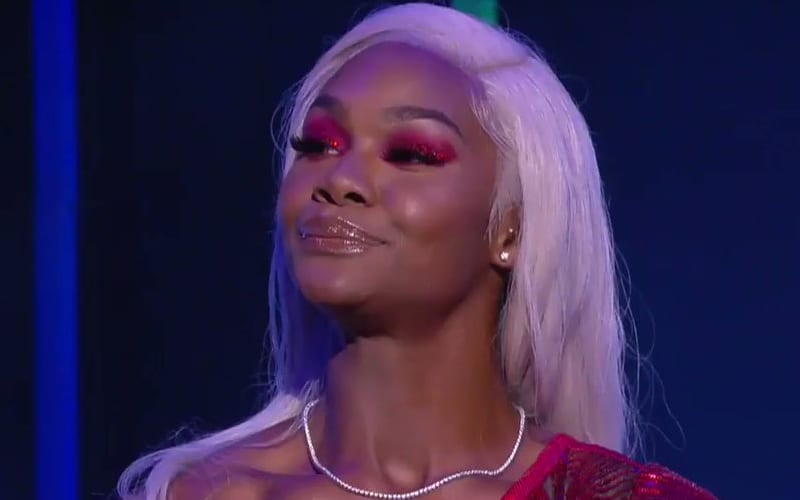 WWE and AEW are sometimes after the same talent. Jade Cargill had a WWE tryout, but she ended up in AEW. Cargill also put in the work to train with Teddy Long at the Face2Face Wrestling Academy, a gym which Heath Salter also runs with Richard Borger as a trainer as well.

While speaking to Wrestling Inc, Richard Borger spoke about Jade Cargill first coming into their training program. She started with Face2Face Wrestling Academy, and the original intention was for her to become a WWE Superstar. Then AEW obviously stepped in.

“Jade came through. She started with us, despite what some people like to say on the internet right now, but she started with us. We started training her with the assumption she was going to go to WWE, and AEW jumped in. The rest is history, but Jade’s an amazing person. When you guys get a chance to sit down with her, highly intelligent, very calculated. You’re going to love it. She’s just an amazing person, and her story, when it all comes through, is going to be one that I think a lot of people are going to be interested to hear.”

“Funny thing, she calls us and says, ‘Hey, Mark Henry from WWE told me that to contact you guys about coming to train, and I said, ‘Oh, this is BS.’ Teddy’s sitting right next to me. I said, ‘Teddy, call Mark. Let’s see,’ because we get people that name drop all the time, usually trying to train for free. And so he calls Mark, and Mark tells him, ‘No, it’s legit. She’s awesome.’ She was a D1 athlete before that. So then she comes in and starts training with us, and oh man, she’s just a beast, solid 8-pack, just a genetic beast. And like I said, great personality, has her degree in child psychology. I mean, just one of the nicest people you could ever meet.”

Jade Cargill is the real deal and she is only starting to prove that in AEW. We’ll have to see how things progress for her now. It seemed that she was in the center of a feud with Brandi Rhodes, but now they will have to figure out another way to use Brandi Rhodes due to her pregnancy.

2021 still seems to be Jade Cargill’s year as fans wait to see what she will do next.