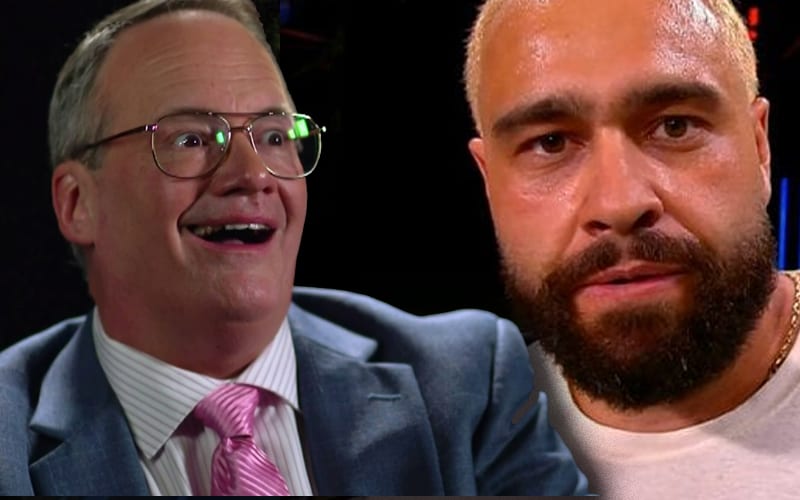 The Best Man jumped on Twitter and sent out a few angry tweets at Cornette. This got a lot of people talking and Jim Cornette’s name was soon trending on social media.

Miro said, “if You call Penelope Slut again I’ll come like God’s wrath on you!” He also threatened to drive to Cornette’s basement.

During Jim Cornette’s Drive-Thru, he spent a lot of time talking about Miro’s remarks. He broke down The Best Man’s tweet and said that it sounded “vaguely sexual” as well.

“Miro said, ‘if You call Penelope Slut again I’ll come like God’s wrath on you!’ … that sounds vaguely sexual. Has he been making some of them Lars Sullivan videos? What is his goddamn…. anyway he wants to come like god’s wrath on me.”

“He said ‘I will personally drive to your basement!’ Is he saying that he’s homeless and if I give him a room in my basement he will come here at his own expense? No, of course not. He’s threatening me with violence or sexual assault depending on ‘what coming like god’s wrath’ means.”

Obviously, Jim Cornette isn’t taking Miro seriously. He’s probably not sorry if he hurt anyone’s feelings either. We’ll sit tight to see if Miro wants to clear up exactly what he meant when he fired off those tweets at Jim Cornette.

In the meantime, Cornette really appreciated trending all night because of this controversy.