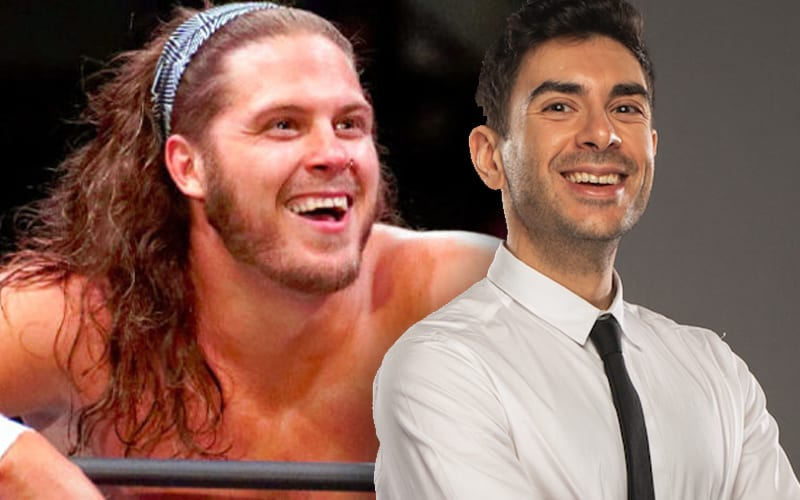 AEW has many different people on their roster, and some of them are much more opinionated than others. Joey Janela isn’t shy about letting anyone know how he feels, especially Tony Khan.

While speaking to AEW Unrestricted, The Jurassic Express talked about how their name came about. Luchasaurus said that they had an idea for a two-man name, but they needed one that incorporated Marko Stunt. That is when Tony Khan threw out his suggestion.

“Tony’s idea. We came up with A Boy And His Dinosaur on our own and we were trying to figure out how to bring Marko into it and Tony is like ‘Jurassic Express, that’s it, I love it.’ I didn’t like it at all. I thought it was too goofy. Then it quickly grew on us and it was cool.”

Marko Stunt then revealed that Joey Janela had a differing opinion about the name “Jurassic Express.” He’s not in the group, but he felt the need to let people know that it was a “f*cking stupid” name.

Tony Khan heard Janel’s criticism, and the Bad Boy didn’t back down from his remarks.

The Jurassic Express is a name that had to grow on several fans. Some scoffed at the name when it was first debuted, but that is the case for a lot of new pro wrestling names. Some fans hated the idea of “The Giant” changing his name to “The Big Show” so many years ago, and that seemed to work out for everyone involved.