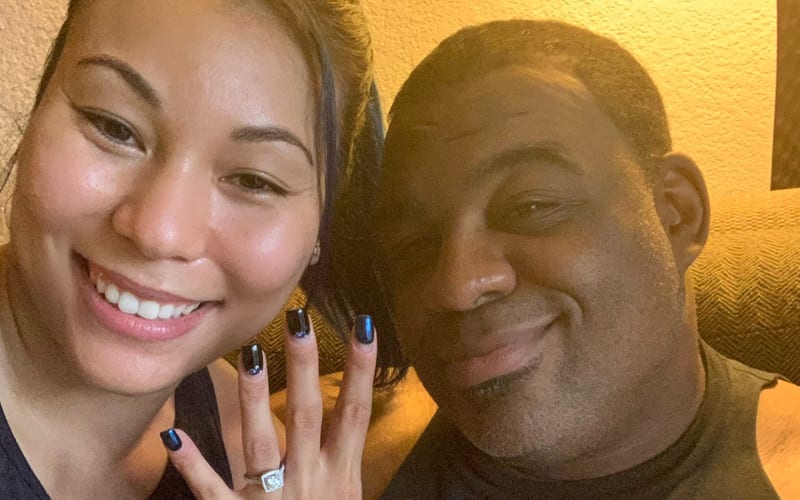 Keith Lee and Mia Yim, also known as Retribution’s Reckoning, have been a couple for quite a while. Now they are making things official.

Yim tweeted out a smiling photo alongside Keith Lee. She had some new bling on her finger as she raised up an engagement ring for the camera. Keith Lee was right by her side with his own smiling expression. The caption said it all.

When Reckoning returns to Raw, she might have Xavier Woods to deal with. He really wants to wrestle Retribution’s female member to make his way through the entire stable. We’ll have to see what’s next in that situation, but we know things are going well on the home front for Keith Lee and Mia Yim.

Congratulations to the happy couple from everyone here at Ringside News!