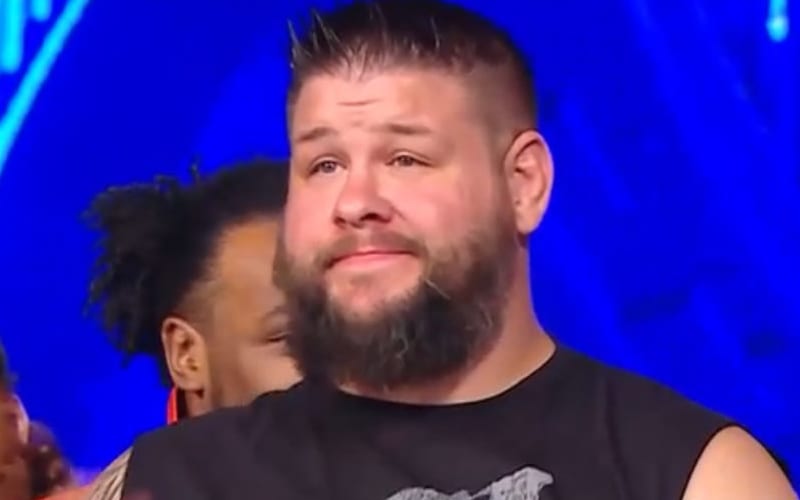 WWE held Hell in a Cell tonight, but not everyone could make the show. Some Superstars simply weren’t booked to be there. Kevin Owens was able to keep himself entertained.

Click here for our complete coverage of WWE Hell in a Cell.

Kevin Owens was asked where he was during Hell in a Cell. He wasn’t booked on the pay-per-view which upset some fans. It didn’t seem to bother Owens much that he wasn’t at the ThunderDome. He responded by saying: “on my trampoline!”

One fan asked Owens if he was “practicing to outdo Montez Ford’s frog splash.” Kevin Owens was quick to reply “Impossible.”

Owens will likely get in another storyline soon. There seems to be something going on with Daniel Bryan where they teased a possible tag team. Then again, that could have all been spur of the moment booking with no plan to follow-up on the idea.