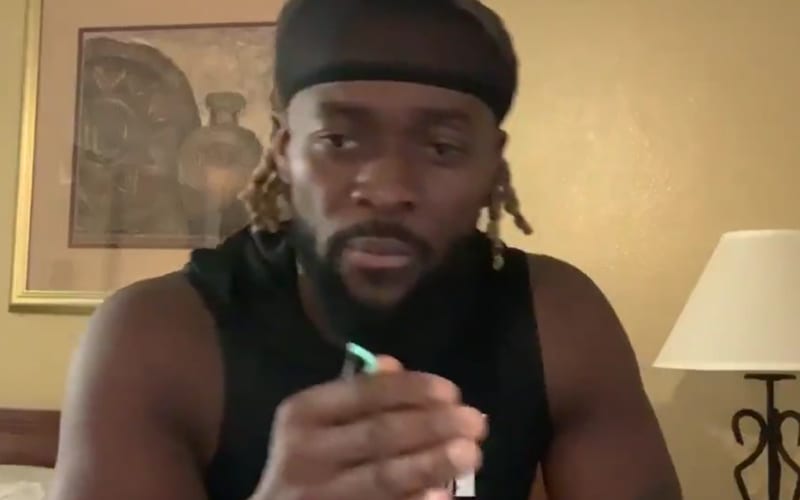 Mustafa Ali isn’t letting Kofi Kingston forget that he took his spot in the Elimination Chamber a couple of years ago. This feud has continued throughout Kofi’s injury, and Kingston has some words for the leader of Retribution.

The former WWE Champion posted a video to Twitter where he addressed Ali. He had a lot to say, but the words that concluded his online promo really hit hard as he told Mustafa Ali that he can’t complain his way to the top.

“Let me give you a piece of advice, man: See the obstacles that lie in front of you, see the mountain and climb the mountain cause you can’t complain your way to the top. That’s not the way it works. And quite frankly, all that complaining, is just not – it’s just not a good look, man.”

Mustafa Ali and Retribution will likely continue their mission to make Kofi Kingston’s life miserable. They’ve done a pretty good job of it so far, but Xavier Woods has been their target.

You can check out the promo below. It’s well done and hopefully, WWE will air a portion of the video during RAW this week to help fill out this ongoing rivalry.