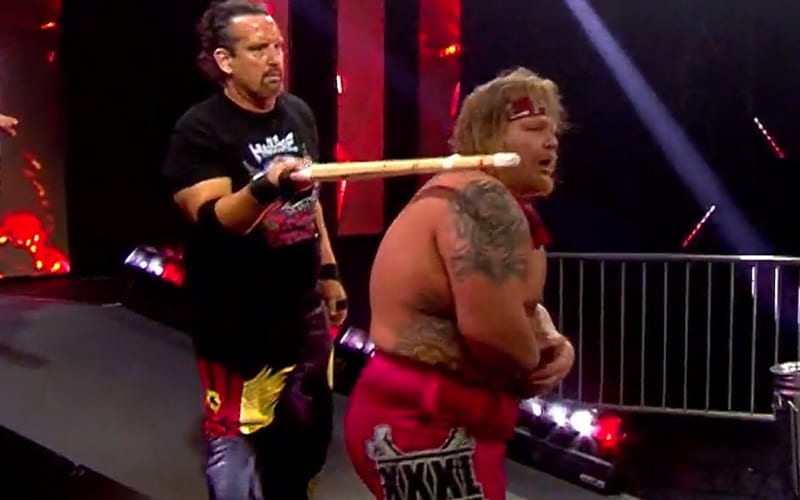 Larry D was called out as John E Bravo’s shooter. This was settled with a match, because that’s how wrestlers’ court works. Larry D faced Tommy Dreamer, who acted as judge for wrestler’s court.

The Innovator of Violence won the Old School Rules match, which was essentially a hardcore match. John E Bravo also showed up to assist in the win, and now Larry D won’t be home for Christmas. The XXXL member is going to jail.

After his loss, they cuffed Larry D and he cried. The case of the shooting of John E Bravo is now closed.