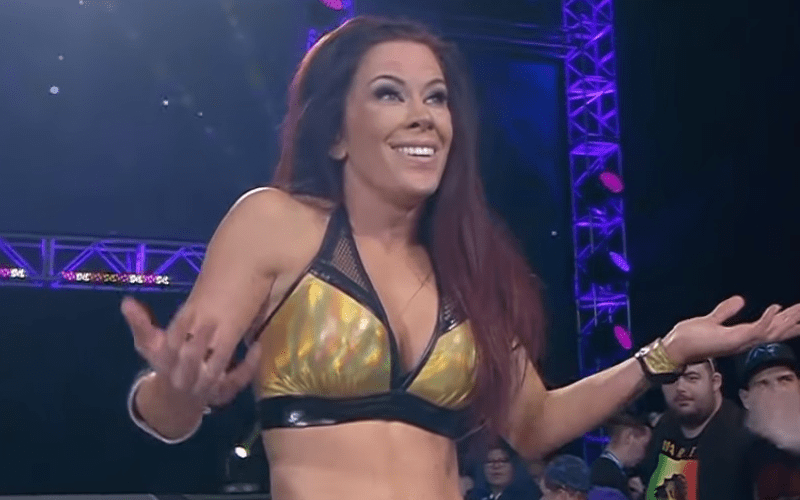 Madison Rayne is a former five-time Knockouts Champion, and she was on the announce table alongside her husband Josh Mathews. She is now leaving the company completely.

According to PW Insider, Rayne is leaving Impact Wrestling to take a full-time job outside of the pro wrestling industry. This means that she will be exiting her commentary duties as well.

We previously reported that Madison Rayne was departing from the commentary table. It was not noted what kind of full-time job she is taking.

Rayne entered TNA in 2009, and she had many angles. She also became a two-time Knockouts Tag Team Champion along the way. She was with ROH from 2017 to 2019, but then made her return to Impact Wrestling.

Madison Rayne also competed in WWE’s 2018 Mae Young Classic as Ashley Rayne. She was eliminated in the first round by Mercedes Martinez.

We wish Madison Rayne all the best as she enters the next chapter of her career.