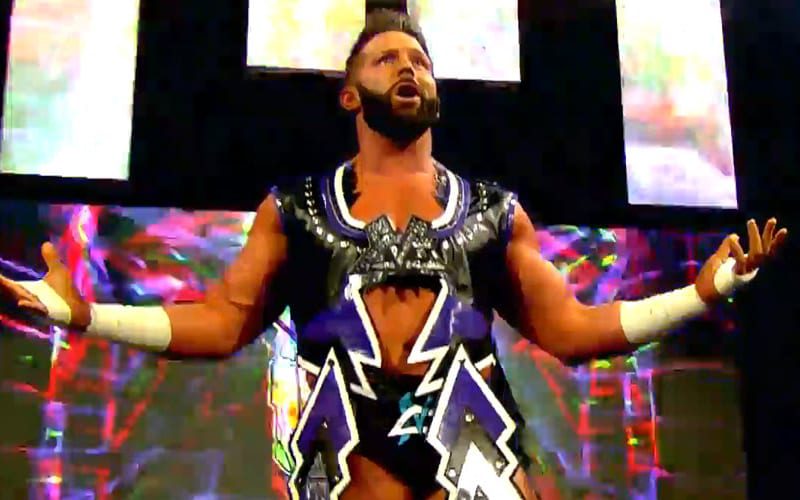 Matt Cardona was released from WWE on April 15th, 2020, and he spent several months at home preparing for his next steps. He had a short stint in AEW, but that deal ran out. Then he was on to his next destination in pro wrestling.

The former Zack Ryder arrived in Impact Wrestling and he has no complaints so far. He needed to get back to the ring because he didn’t even realize how much time he spent away from the squared circle.

While speaking to Fightful, Cardona revealed that he has not signed any long contract with Impact Wrestling. he did agree to be a part of their next set of television tapings, so that should see him continue with the company for a little while longer.

“Right now, I do not have a long term contract with them, but I have agreed to go to the next set of tapings. So far, so good. I had a lot of fun. I needed that. I hadn’t wrestled since September, but I wasn’t just sitting at home getting fat and being lazy. I was doing all this Major Pod stuff. I didn’t even realize that, ‘Oh, a couple of months have gone by. I better get in the ring and start training again,’ and before I could even do that, I’m getting called to wrestle on pay-per-view.”

“But, just being there for those couple of days, I needed that. I didn’t even realise that just the fact that, ‘Okay, well now I need new gear. I need to think about that. Now I need to get in the ring and start trying some new things.’ I was missing that part of my life, and I’m glad I had that with IMPACT.”

“I really believe that IMPACT is a good spot for me. I’m not here to prove people wrong and stuff like that. I’m here to prove my supporters right, myself right. I said that on [IMPACT! on AXS] a couple of weeks ago and I just think it’s a good fit. I think IMPACT! and Matt Cardona have both had highs and lows and I think we’re both on the up. So, I can’t wait to see what happens.”

Matt Cardona is very busy with his Major Wrestling Figure podcast. He has a lot of projects in the pipeline when it comes to that endeavor outside of pro wrestling. We’ll have to see what’s next for Matt Cardona, but he’s not exiting Impact wrestling just yet.