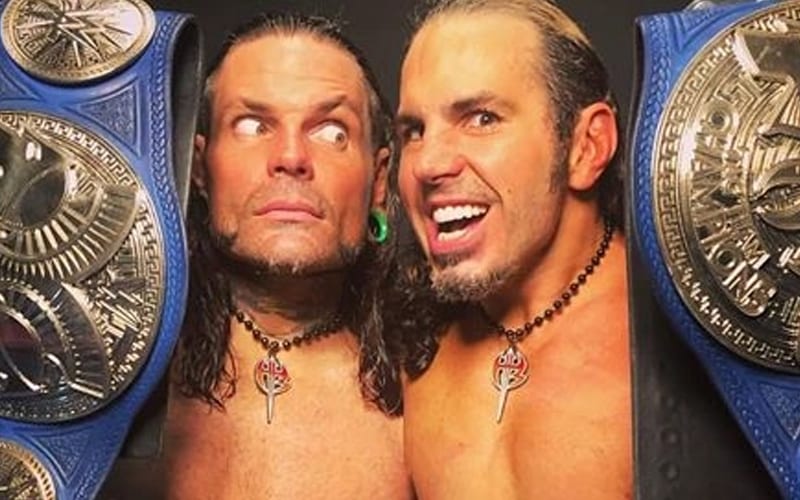 The Hardy Boyz are an incredibly decorated tag team. Matt Hardy gave a lot of hope that his team with Jeff Hardy is not over, and they will add to their accolades.

In a newly released video, Matt Hardy addressed WWE pairing Jeff Hardy up with Matt Riddle to create the Hardy Bros. He compared it to when WWE brought out Fake Razor Ramon and Fake Diesel. Hardy also took the opportunity to list out some of the Hardy Boyz’ accomplishments.

Jeff Hardy just signed a new extension on his WWE contract. That deal, Jeff signed three months ago, is believed to be a two or three year commitment. Matt Hardy seems very happy in AEW where they have given him a lot of creative freedom.

You never know what can happen in the pro wrestling world, but Matt Hardy is very confident that he will team with his brother again, and they will add to their collection of titles.