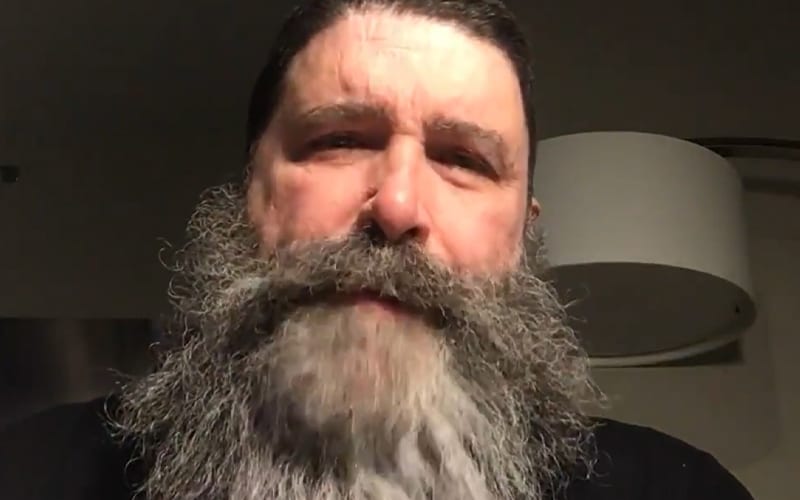 Mick Foley has not been quiet during the past few months when it came to his political leanings. He urged everyone to wear a mask and for President Trump to speed up the COVID-19 testing process. He had another message to deliver on November 1st.

Foley had a simple question for supporters of Trump: “Why.” The caption of this tweet said:

The President is blatantly trying to suppress as many votes as possible. My question for Trump supporters: why are you ok with this?

In his video, he asked “why do you turn away when you see him suppress the votes of so many Americans?” He then said that Trump supporters have “been conditioned by the media to say it’s about voter fraud, but c’mon, c’mon you know deep down it’s not about voter fraud.”

Mrs. Foley’s Baby Boy then said that it’s about “one man’s blatant desire to suppress as many votes as possible.” He then said that in 20 years when children as “why didn’t you do anything in 2020 to stop things?” the answer will be unacceptable.

Foley then said that Trump suppressing the votes “is like a fourth grader trying to change a game of kickball in the middle of the game — it’s not okay.”

This is a very turbulent time in American history, and Mick Foley charged right at those issues which concern him. We’ll have to see how the US Presidential Election shapes up in two days, but Mick Foley certainly made one last-ditch effort to speak his piece on the matter.