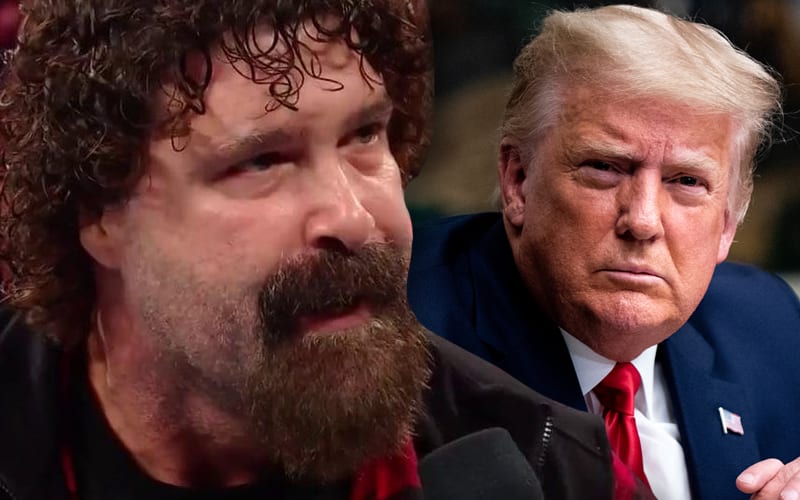 Twitter suspended WWE Hall of Famer Donald Trump from their platform. The current President of the United States only has 12 days left in office before Joe Biden is sworn in as the 46th POTUS.

Mick Foley has made his displeasure of Donald Trump no secret. The two were both in the 2013 class of the WWE HOF, but they don’t see eye to eye at all. Foley even tweeted out a plea for Vince McMahon to remove Trump from the Hall of Fame.

Twitter surprised a lot of people when they permanently banned Donald Trump’s account. They also posted to explain why they made this big decision.

After close review of recent Tweets from the @realDonaldTrump account and the context around them we have permanently suspended the account due to the risk of further incitement of violence.

Mick Foley might not love Trump, but he’s not heartless. His thoughts went out to 45 when he realized that Donald won’t have one of his favorite bathroom activities anymore. “I’m trying to imagine the President pooping without tweeting…and I genuinely feel a little bad for him,” Mick Foley said. He also included a crying emoji.