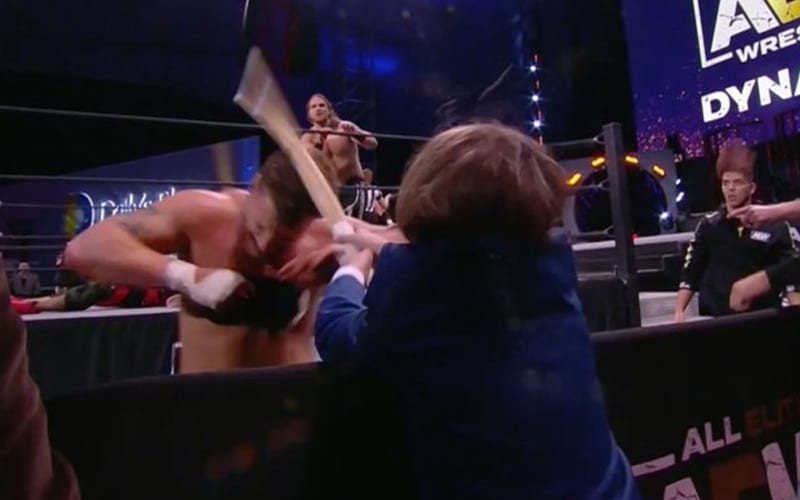 Brodie Lee’s memory was celebrated all night during AEW Dynamite. That included Brodie Lee Jr, -1 of the Dark Order, sitting at ringside. This was not good news for MJF.

MJF and Brodie Lee Jr. got into a little altercation during Dynamite this week. That included Lee Jr whacking MJF over the head with a kendo stick. MJF didn’t appreciate that at all. After his match, he tweeted out three words to sum up his feelings.

MJF was banned from Brodie Lee Jr.’s dressing room. That could explain why. MJF also gave Brodie Lee Jr. the middle finger during the match, but that didn’t make it on camera.

We’ll have to see what happens next in this little feud. Obviously, Brodie Lee Jr. is not a fan of the Salt of the Earth.