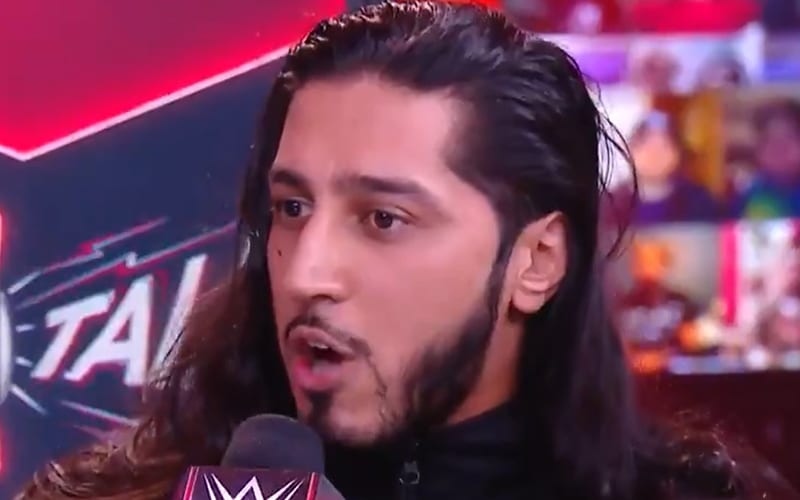 WWE held their first Raw of 2021, and Retribution was not seen at all. This fact was not lost on Mustafa Ali and he let it all out on Raw Talk after the show.

Mustafa Ali took the microphone during Raw Talk this week after the show was over. He said that Retribution shouldn’t have been passed up by a bunch of legends.

He vented about WWE wasting three hours on “guys that can barely walk.” Ali said he understands that the legends paved that way, but “when are you going to let me walk on that path?”

“Guys like Drew Gulak, Akira Tozawa, Retribution — all off the show because we have to hear [Hulk Hogan impression] ‘Whatcha gonna do, brother?’ again for the seven millionth time.”

Mustafa Ali said that “they pumped the cheers in really good for them,” when referring to the legends. WWE can control all of the fan reactions in the ThunderDome, and Mustafa Ali called that out in a big way.

He continue on with his rant while wondering why WWE didn’t give them a chance. He said they can contribute to the company’s weekly show, unlike the legends. You can check out the shoot promo below.