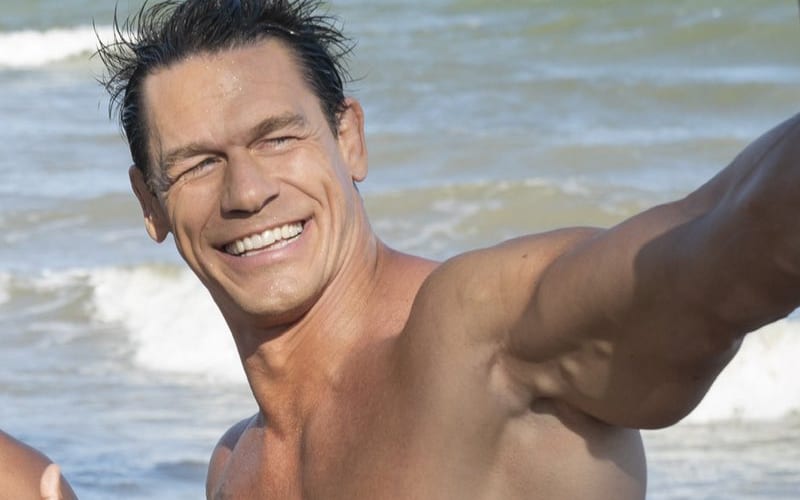 John Cena has a load of projects in the pipeline. Some of those films were already completed and they’re awaiting release dates. It appears that Vacation Friends isn’t going to wait on a theatrical release.

Cena surprised fans when he dropped the news on Twitter that Vacation Friends is coming to Hulu on August 27th.

A fun movie guaranteed to leave some … lasting memories

Come on vacation with Lil Rel Howery, Yvonne Orji, Meredith Hagner and me in #VacationFriends, streaming August 27 on @Hulu!

John Cena is also supposed to wrestle at SummerSlam on August 21st against Roman Reigns. That could be a big week for John Cena. Not every film can get a theatrical release nowadays and streaming online can bring a big audience as well. Hopefully, Vacation Friends is worth the wait because Cena and the crew filmed that project a while ago.

Are you excited about Vacation Friends? Sound off in the comments!

Years of experience in writing, journalism, and digging exclusive insider info for Ringside News opened the door for a new opportunity for Jenkins. With a history in finance, he broke into the journalism game by writing on blogs and other freelance websites before branching into sports and entertainment news. Being in tune with pop culture doesn’t mean it has to make sense, but he tries. Favorite bands include any group from Seattle who formed between 1991 and 1999. 5 Ozzfests under his belt and 12 Warped Tours, but his last concert was a bluegrass AC/DC cover band that was not 100% terrible.