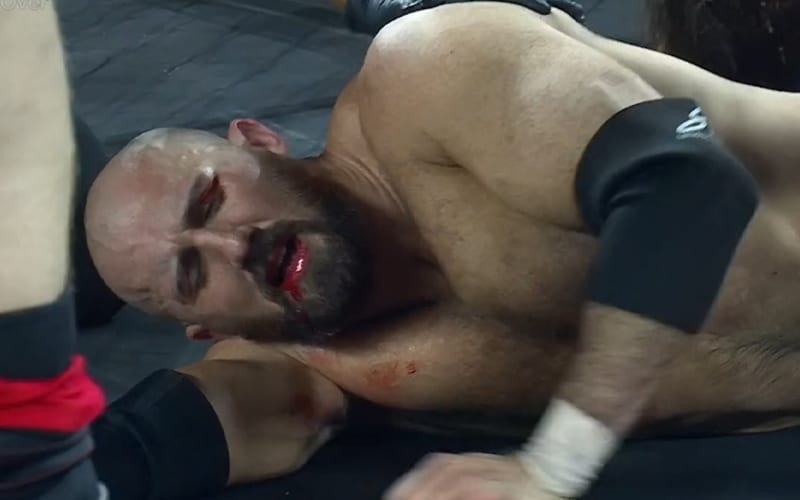 Oney Lorcan was busted open during the WarGames match. He was lacerated on his face, and he was bleeding. This was shown on camera as well.

Fightful Select reports that ringside medics immediately tended to Oney Lorcan’s bloody injury as soon as the show ended. They obviously wanted to clean him up, but it was hard to avoid his bloody face during the closing moments of the match.