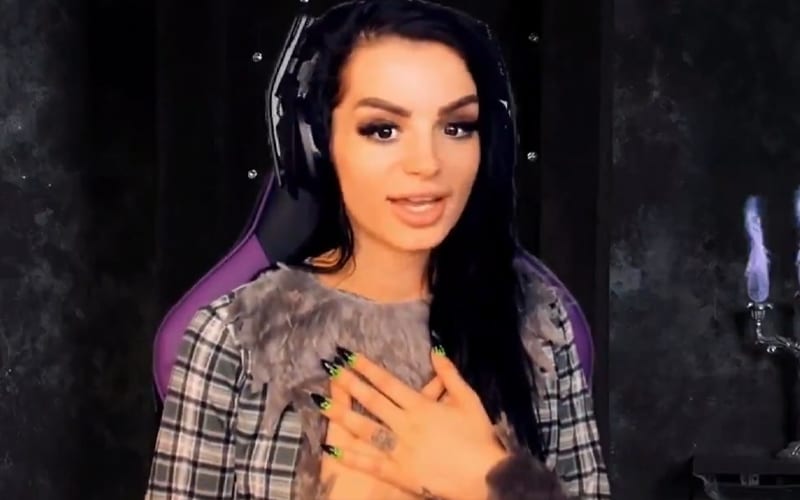 Paige had a bit of a breakdown on her Twitch stream last night. She had enough of WWE telling her that she can’t stream on Twitch. She wants to spend time with a community she fostered, and WWE wants to take away from her.

She has not been silent regarding the last few years of her life. After going through so much, the Twitch community helped her get through everything. She’s not leaving the platform.

The first ever NXT Women’s Champion was streaming once again today. She seemed to be in a much better mood while explaining why she’s staying.

“The fact that you guys are just so supportive of all of us and me, in general, is like, holy crap, this is wonderful and made me feel so much happier and so much better. So, yeah, I’m going to keep doing what I’m doing because, you know, I don’t have a lot going on, you guys. I really don’t. I feel really happy today because of all the support that was given. I don’t have a lot going on. So this is really special to me. I’m always one that speaks my mind. It’s kind of bittersweet because I can get in trouble for being honest and having an opinion or it can be something very positive where I helped a lot of people.”

“I like to stand up for what is right. For not just me, but for everybody. I think it’s very important to always carry yourself in a certain regard. I just want to carry myself in a way where people can look at me one day and say, ‘wow, she wasn’t afraid to stand up for herself.’ I just feel like that is more of a role model. Because, obviously, I did some stupid stuff oh, I went through a crazy stage in my life for a couple of years but how I came out of that, I feel like I did a good job and I want to continue trying to be a role model for people and show people that you can say and do whatever you want if it’s in the right way.“

Ryback has Paige’s side and he was very outspoken on the matter. Andrew Yang is also likely behind Paige’s decision to continue streaming. Paige is not on television every week, and since WWE Backstage’s cancellation there hasn’t been a place for her. She found a home on Twitch, but we’ll have to see what happens from here.