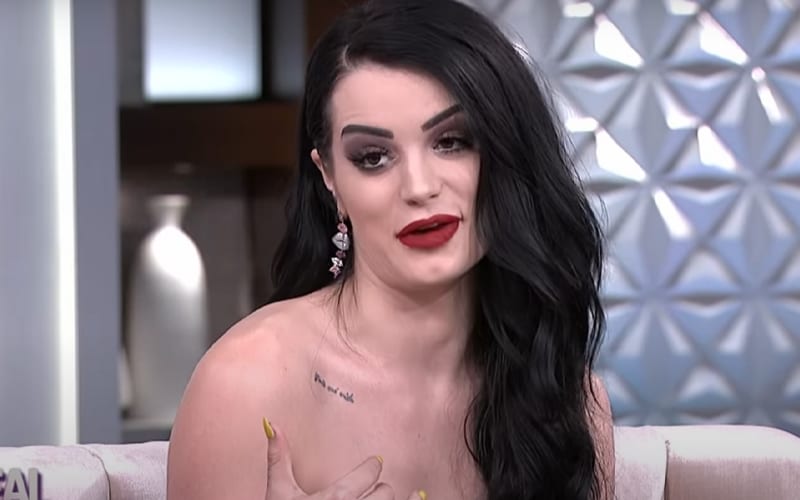 Paige made headlines when she tweeted out that she learned a lot about unionizing. Zelina Vega also showed interest, and she had to leave her Twitch account as well. WWE taking away their Twitch channels might have been the last straw, and now Paige seems even more set on the idea of unionizing.

We previously reported that Paige broke down during her Twitch stream last night. Everything was going great until she received a text on her phone that changed her demeanor completely. This started a monologue about how she’s had it with WWE.

The first-ever NXT Women’s Champion also went all in on union talk. She admitted to being “outspoken as f*ck” before saying that she’s spoken to a lawyer about unionizing and she plans to speak with them again.

“This is bigger than Twitch, it’s about taking f*cking control of your own life and not being controlled by anyone. I gave ten years, man. I poured my f–king heart and soul into this. I had a bad couple of years like every motherf*cker has. I’m not the only one who is f–king controversial around here, I’m not the only one. It’s f–king louder when it comes to me because I’m a f–king female. I hate using that because I’m a woman but it’s because I’m a woman and women don’t usually stand up for themselves.”

We will have to see how this situation ends. Andrew Yang promised that he will step in if Joe Biden wins the Presidential election, but McMahon’s friend Donald Trump isn’t about to stop WWE from doing as they wish.

This is also a pretty dangerous situation for Paige because WWE could always fire her for speaking about unionizing. She is off television, but still under contract. If they released her at this point at least she could keep her Twitch.