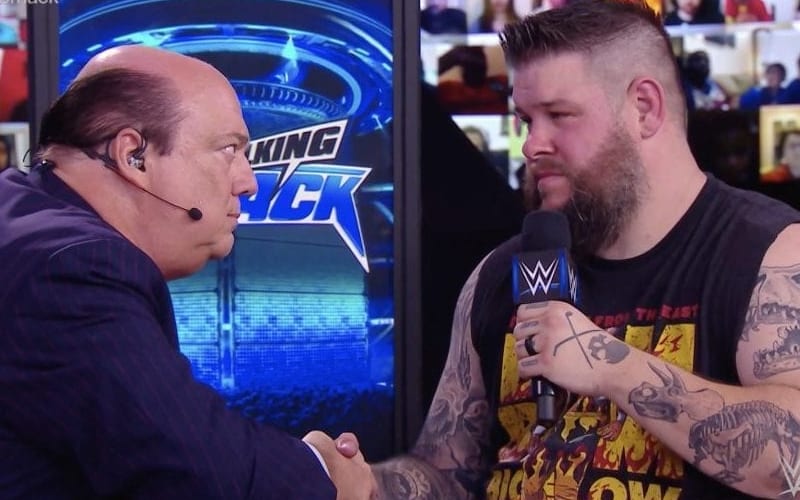 Kevin Owens is set to face Roman Reigns at WWE TLC on Sunday, December 20th. It will be a huge test for Roman Reigns, and even his Special Counsel Paul Heyman can attest to that.

During Talking Smack, Paul Heyman cut a little promo to hype Roman Reigns’ Universal Title defense this Sunday. He said that Kevin Owens will be Reigns’ biggest challenge, but The Tribal Chief plans to take Owens to his limit in return.

“How far does that push a Division 1 athlete like Roman Reigns? How far does it push someone with that upbringing, with that Samoan blood, with that warrior culture running through his veins. Four WrestleMania main events, it would have been five if he bothered to come this year, but he didn’t like the way WWE was treating him, and what did he do? He set an example for what is the man around here. He came back and on his first night in the ring once again is the the top champion in WWE. That man is going to be pushed to his limit by Kevin Owens. God help Kevin Owens because no one else is going to at TLC.”

Roman Reigns’ career was skyrocketed upon his return. Reigns’ heel turn coupled with adding Paul Heyman as his Special Counsel has paid off in a big way. This Sunday will be a big test for Roman Reigns as Kevin Owens brings a lot of intensity to the table.

Owens also took a lot of brutal beatings during the build for this feud, so it makes us have to wonder which way things will go at TLC.