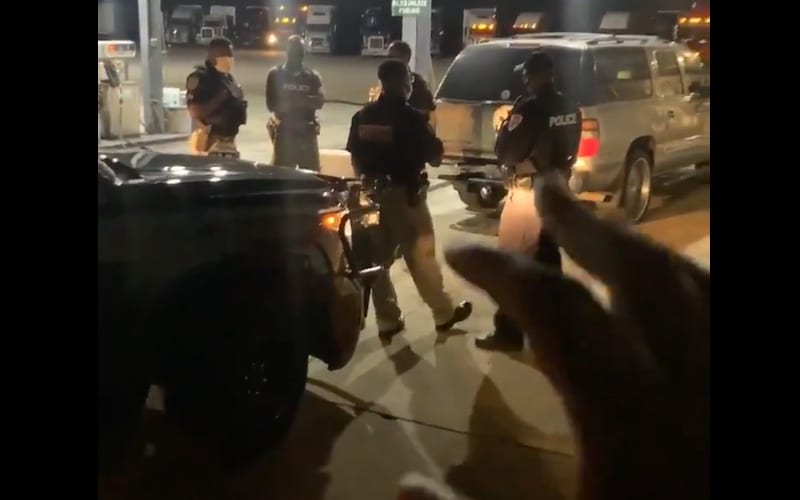 TheNew Wrestling Entertainment’s bus was traveling through Alabama at around 3:00 PM on Monday, and they were pulled over. The driver was detained by police. The police then searched the bus twice and found “packages” of cash during the second search. L0rd.adrean documented the entire experience for social media.

L0rd.adrean’s videos document police taking everyone off the bus and searching it. Then he claims the police “broke their bus.” A mechanic arrived and fixed the bus, and they were pulled over again. Then he said another mechanic came out. Police searched the bus a second time and found “packages of money” in the gas tank of the bus.

A police officer can be seen in another video explaining that “they were using you all as a front.” The officer said there were two compartments in the fuel tank, “one side was loaded with money — a lot of money.” L0rd.adrean tried to explain that they were not even going to Mexico.

This is still an ongoing story. L0rd.adrean lasted posted on Twitter about an hour ago as of this writing. You can check out his videos below along with his entire Instagram story which had to be separated in three tweets due to length.