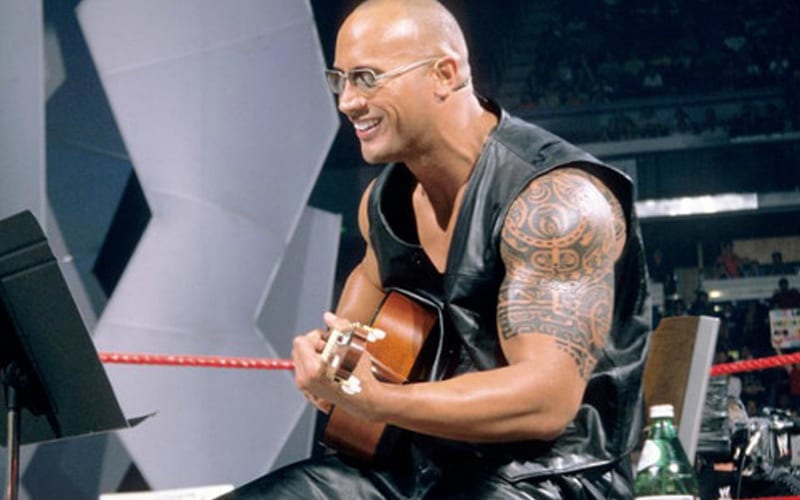 The Rock battled some of the greats during his in-ring career. He might even have another match or two in him if they can work out his impossibly busy schedule. Many fans fondly remember the short program he had with The Hurricane, and that happened 18 years ago today.

Shane Helms appeared on The Bump today when it was mentioned that it has been 18 years, to the day, since he pinned The Rock clean in the middle of the ring. To be far, Steve Austin’s glass breaking music helped provide one great distraction.

Helms said that he feels people remember that feud as much as any he wrestled. The funny part about it is that WWE never intended to pair The Rock up with Hurricane for weeks. It happened organically after things clicked in that first segment.

“It was only going to be one time. You know, that first interaction we had in Toronto that was all on paper what it was scheduled to be. It just steamrolled into next week we do another promo and next week we do another promo and it just got funnier and funnier. Rock was so great. He was appreciative because one of the jabs that he gave at me was a line that I gave him. When he picked up his phone and goes, ‘it’s nothing, he says he knows you.’ That was my line and I suggested it to him and he popped on it, you know; because I knew without a doubt who’s getting the rub here, you know what I mean. It was kinda like ‘make sure I hold my own.’ It’s weird, because it wasn’t a very big feud, but I feel that people talk about that just as much as any feud I wrestled.”

The Rock made some great memories with The Hurricane, and they might run into each other again someday. You can never say never in WWE, especially since The Rock has a great memory and is fond of working with people he’s seen success with.

On another note, that match happened 18 years ago. Does anyone else feel incredibly old right now? You can check out a video of the entire feud below.