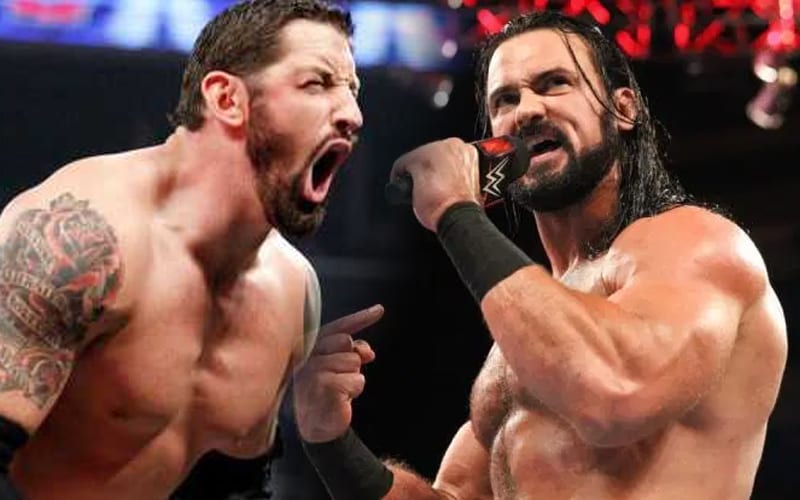 As seen on this week’s episode of NXT, announcers Vic Joseph and Wade Barrett, also known as Stu Bennett, talked about the WWE title match between Drew McIntyre and Goldberg.

Joseph then asked Barrett if he had congratulated Drew McIntyre on his second WWE title which happened on an episode of WWE RAW last year. Barrett responded by revealing that McIntyre didn’t congratulate him on his second Intercontinental title win, back in 2012.

A fan took to Twitter and tagged Drew McIntyre, asking him why he didn’t congratulate Wade Barrett. Barrett saw the fan’s tweet and said it was a very important question and people want the answer.

This is a very important question & the people want an answer, @DMcIntyreWWE.

Drew McIntyre saw the tweet and decided to reply to it. McIntyre said that he remembers writing a heartfelt congratulatory note to Barrett with a feather quill.

Drew McIntyre added that he still hasn’t received a congratulatory text from Barrett for his second WWE title win over Randy Orton.

I remember writing a heartfelt congratulatory note with a feather quill. I’ve yet to even receive a text saying well done from my old mate Stu for my second title win…..only been ten weeks & two days now

We will have to see if McIntyre will be able to defend his WWE Title at the Royal Rumble.