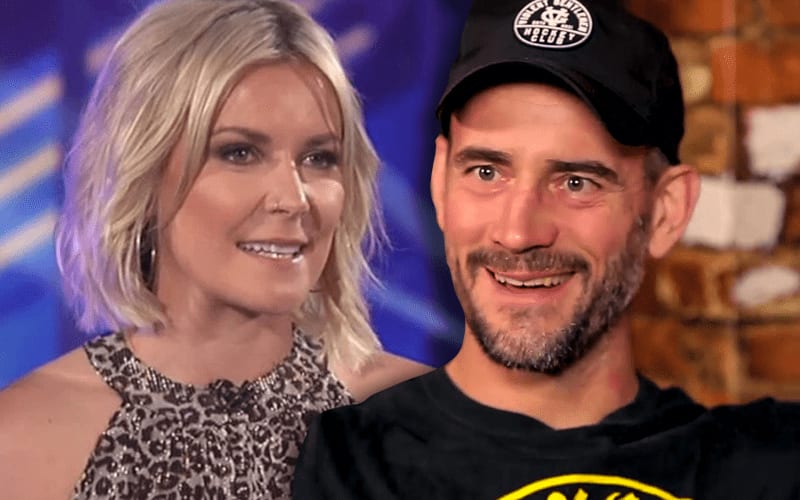 CM Punk is set to make his return to a pro wrestling ring as part of the Starz series Heels, but he hasn’t really wrestled in the squared circle since walking out of WWE years ago. Many think it would be a shame for CM Punk to never wrestle again, and Renee Paquette shares that opinion.

While speaking to Metro in the UK, Paquette spoke a bit about her former WWE Backstage cohost’s in-ring ability and how it would be a shame if he never uses it again. It also never hurts to make a ton of money and CM Punk would command a very high dollar amount to make his return.

“I think it would be an absolute shame if he did not come back. Like you said, that passion is still there! He’s a wrestler! He is a wrestler through and through. Whether he was busy doing movies or TV shows or other aspirations that he has, I think at the end of the day wrestling is the thing that makes that guy tick. I think for him to not come back in some capacity, whatever creative he ends up working out that he really wants to do – I think ultimately, that’s what it would come down to for him, is finding that great creative.”

“Paychecks are nice too, but really I think it’s just being able to tell the stories that you wanna be able to tell,” she pondered. “He’s got lots that he could serve up to both promotions – WWE or AEW. But people would lose their minds to see him come back, so let’s hope that he doesn’t have too much dust on those boots.”

We’ll have to see if CM Punk ever makes a return to the ring. It would certainly draw a ton of buzz he he laced up his boots once again. Renee Paquette would also be very happy to see that happen as well. She’s not alone in that.