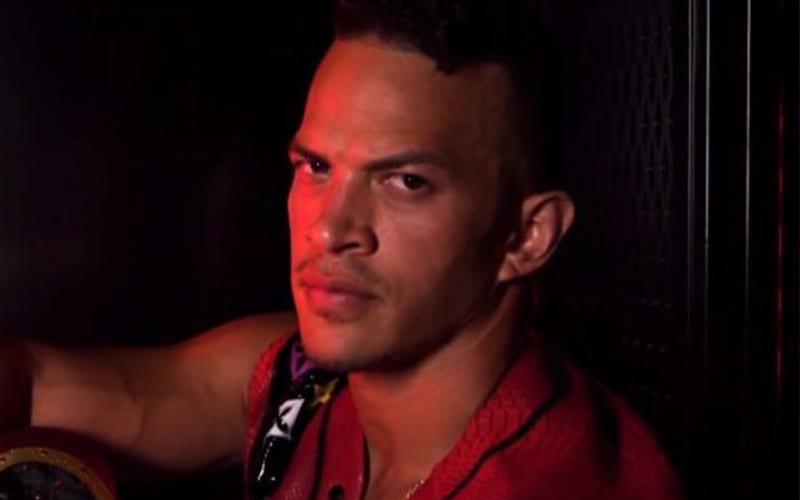 Ricky Starks will be out of action for months due to a fractured neck. That is the only thing that needs to heal according to the man himself. A recent report has a lot of fans thinking otherwise, but that is apparently not the case.

Bryan Alvarez said on Wrestling Observer Radio that Ricky Starks suffered a knee injury prior to his neck injury. He said that AEW medical staff was actually checking out his knee when his neck fracture was discovered. Starks is denying that claim.

The Team Taz member logged onto Twitter and he made it very clear that there is nothing wrong with his knees. It’s unclear where Alvarez got his information, but Starks says that his knees are both doing fine.

Inaccurate. Nothing wrong with my knees

Ricky Starks has a bright career ahead of him in AEW. He will likely become a major player in the company. Tony Khan is already comparing this injury to one Shawn Michaels suffered.

It was feared that Starks suffered an injury when he landed on his head during an April 21st match against Hangman Page on Dynamite. He claimed to be okay after the match, and Tony Khan was going to let him continue. Then Doc Samson stepped in and diagnosed Starks’ fractured neck.

Is Ricky Starks a future AEW World Champion? Sound off in the comments!