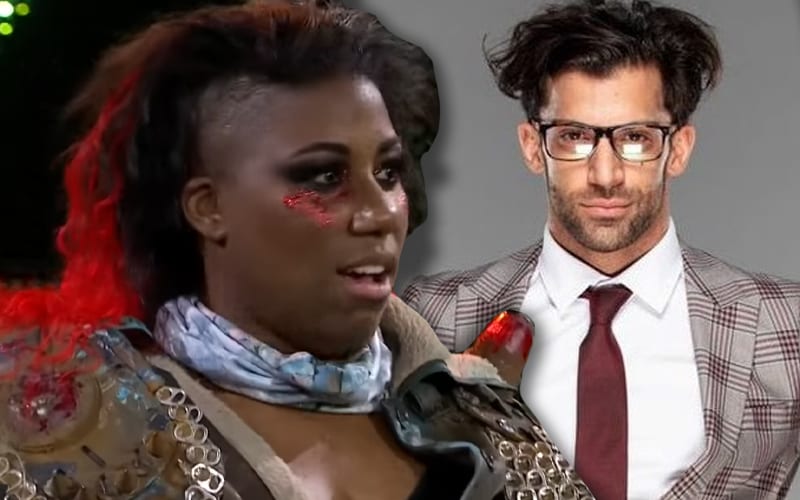 Robert Stone knows a good prospect when he sees it, and Ember Moon would be perfect for his brand. The problem is that The Shenom doesn’t seem interested.

We previously reported that The Robert Stone Brand made a play to bring in Ember Moon. She thought about it, but then she remembered who Robert Stone is. He’s the guy who “squealed like a pig” as Shotzi Blackheart rolled over him in her mini tank.

Some fun was made at Stone’s expense and photos were shared of him squealing like a pig as Shotzi had a grand old time driving her tank on NXT television. Then Stone took it in stride. He replied back with a statement that he will just have to back up with actions.

Ember. I’m the face of the women’s division. You’ll realize that soon my dear.

Ember Moon surprised a lot of people when she made her return to the black and gold brand at NXT TakeOver: 31. It seemed as though she put Io Shirai on notice as well. The Robert Stone Brand could help Moon out, but it seems like she’s got things covered for now.